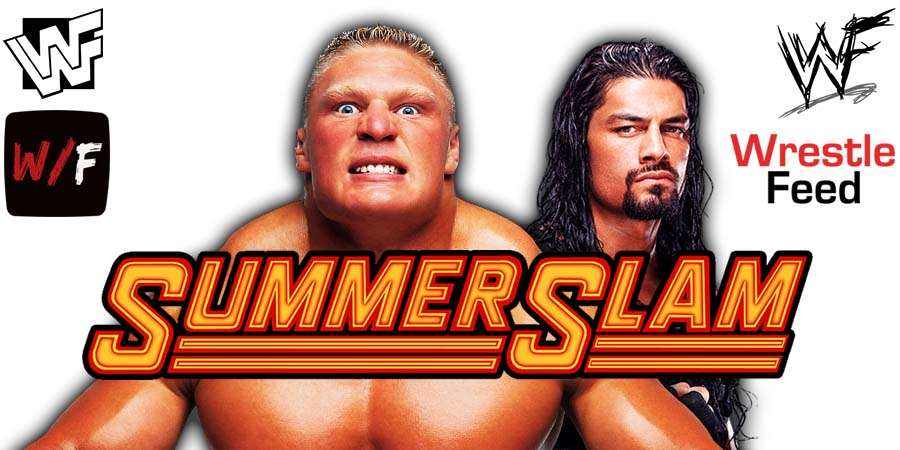 • Update On Rumors Of Brock Lesnar’s Retirement From WWE

This match received huge praise on social media, as fans witnessed something that has never happened before – the ring being lifted from one side during a match!

With this win, Reigns has become the 1st man to hold 4 straight victories over The Beast (from SummerSlam 2018 all the way to SummerSlam 2022).

After the show went off the air, Lesnar climbed to the lifted end of the ring, wore his cowboy hat and the crowd popped.

Brock then saluted the fans with his cowboy hat tip and waved goodbye.

Brock Lesnar climbed into the broken ring after #SummerSlam was over. pic.twitter.com/V7O1XcU5P4

But he's is still leaving with his hat.

There will never be another Brock Lesnar! 👏#SummerSlam pic.twitter.com/bBl1PmdJ2S

This began speculation that Brock just had his last match ever and is retiring, especially since he wasn’t happy about Vince McMahon’s retirement and said “if he’s gone, I’m gone.”

However, that’s not the case. Lesnar is the main name being advertised for WWE’s 1st premium live event of 2023 – Day 1.