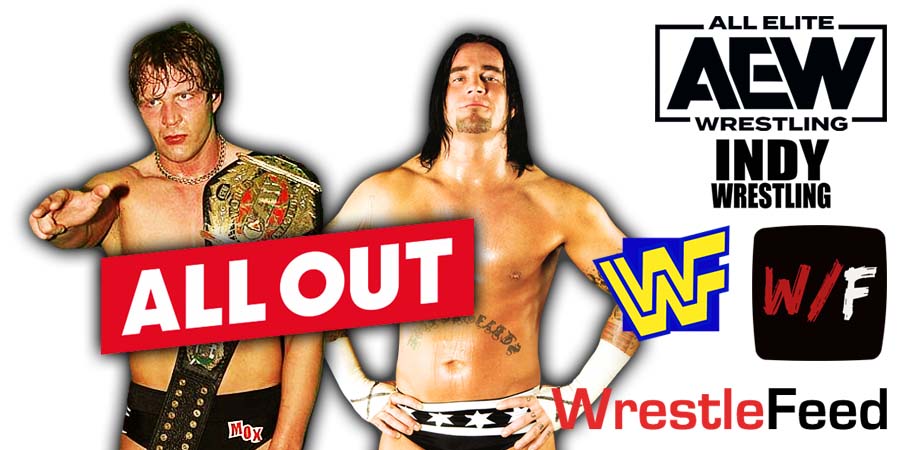 • Update On When CM Punk Got Injured Again

Reports then came out that Punk got injured during this fight. Speculation is that he either tore his pec or injured his biceps/shoulder.

While Punk did get injured on Sunday, he didn’t suffer the injury during the fight.

According to the Wrestling Observer, Punk got injured during his All Out main event match against Jon Moxley:

“Punk injury, believed to be from the tope, is serious. Rumors from Sunday but he hadn’t confirmed them but it’s been confirmed to me no matter what happens discipline-wise that the title situation has to be changed and addressed tonight.”

– The Berzerker vs. Gary Davis

– The Warlord vs. Mark Thomas