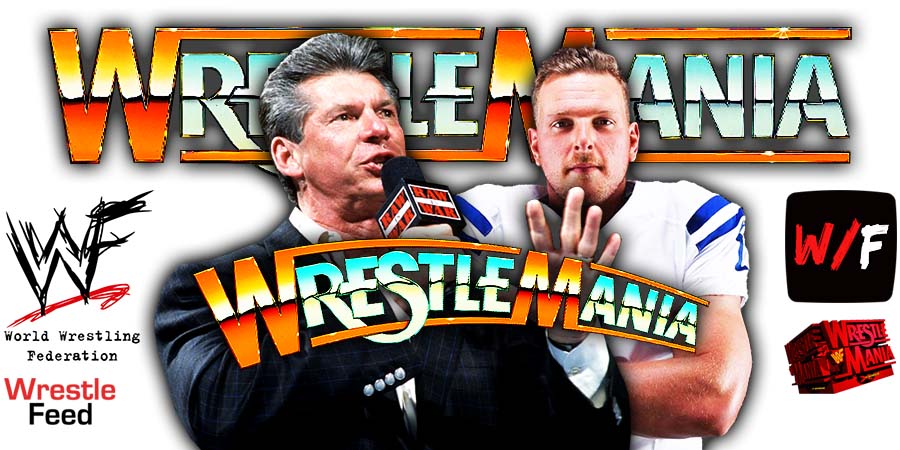 There were rumors going on about Vince McMahon vs. Pat McAfee taking place at WrestleMania 38.

However, it turned out to be Austin Theory vs. Pat McAfee. This match is going to take place on Night 2 of WrestleMania 38 on April 3rd.

The Wrestling Observer reported that Vince McMahon is still expected to be a part of this storyline.

In an update, Brad Shepard is reporting that Vince will most likely step in the ring at WrestleMania 38:

“A source in WWE told me as of today that it is LIKELY Vince McMahon gets in the ring at WrestleMania 38.

As I’ve said from the beginning, it was Vince’s idea to begin with, people have actively tried to talk him out of it, and ultimately he will make the decision.”

Vince still keeps himself in shape and isn’t afraid to do something crazy. The following video from WrestleMania 36 tapings is a proof of it:

Remember that time Rob Gronkowski was scared to jump off a platform onto a crash mat, so a 74-year-old Vince McMahon did it to show him it was safe?#SuperBowl pic.twitter.com/ff0hDPsdBb

– The Ultimate Warrior vs. The Brooklyn Brawler