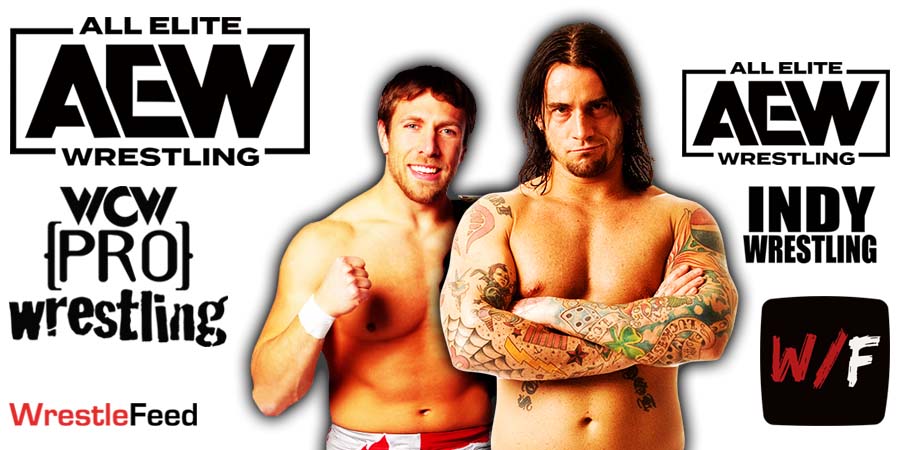 On a recent episode of his weekly ’83 Weeks’ podcast, Old School WCW Legend Eric Bischoff spoke about the upcoming AEW debuts of former WWE Superstars Daniel Bryan (who will work under his real name Bryan Danielson) and CM Punk.

Both are set to debut for Tony Khan’s promotion in the coming months, towards the end of the summer.

Here’s what the 2021 WWE Hall of Famer said about the situation:

“If both (Punk and Bryan) go to AEW, that’s an amazingly cool thing. But to have them both come in at the same time, I think each dilutes the other. You’re spreading the heat, so to speak.

What’s gonna happen to a lot of that younger talent that AEW started out with that people were so excited about?

What was the excitement when AEW became a thing? We’re gonna be an alternative to WWE. That’s a great goal, be different than. I like it. Then when you started bringing in so many hot talents, what happens to your core?”

It was pre-taped at the Freeman Coliseum in San Antonio, Texas and featured matches, interviews & storyline segments on the road to the ‘WWF SummerSlam 2000’ PPV.