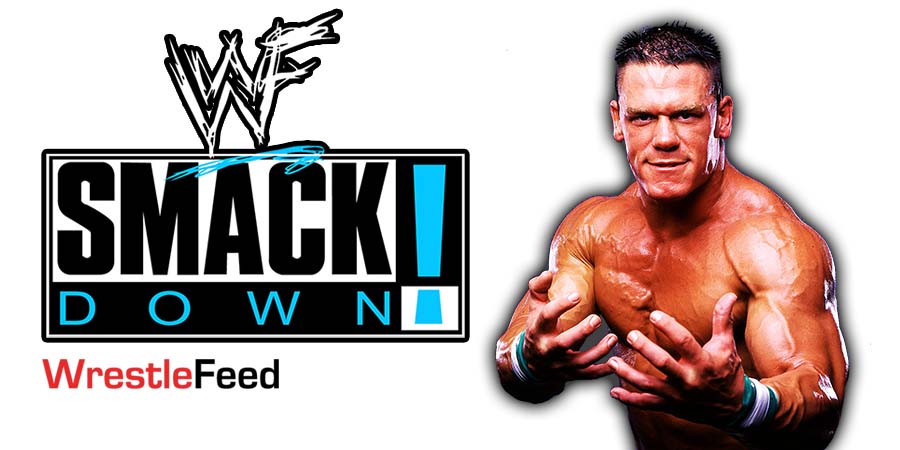 As seen in the main event of tonight’s SmackDown, SmackDown Women’s Champion Bianca Belair and Sasha Banks signed the contract for their SummerSlam Title Match.

Sasha then brutally assaulted Bianca, with help from Carmella and Zelina Vega.

After the match, Cena made a 6-year-old fan’s day.

Shout to @JohnCena, pins the Uso’s in a dark match. No TV. No cameras rolling. Out of 30 adults reaching over the barracade, he pulls the 6 year old from my party and gives him a life memory.

Below are the results for the dark matches that took place before SmackDown:

It was broadcasted from the Center Stage Theater in Atlanta, Georgia and featured pre-taped matches, interviews & storyline segments on the road to the ‘WCW Fall Brawl 1994′ PPV.

Johnny B. Badd vs. Mike Thor

Pretty Wonderful vs. Stars And Stripes