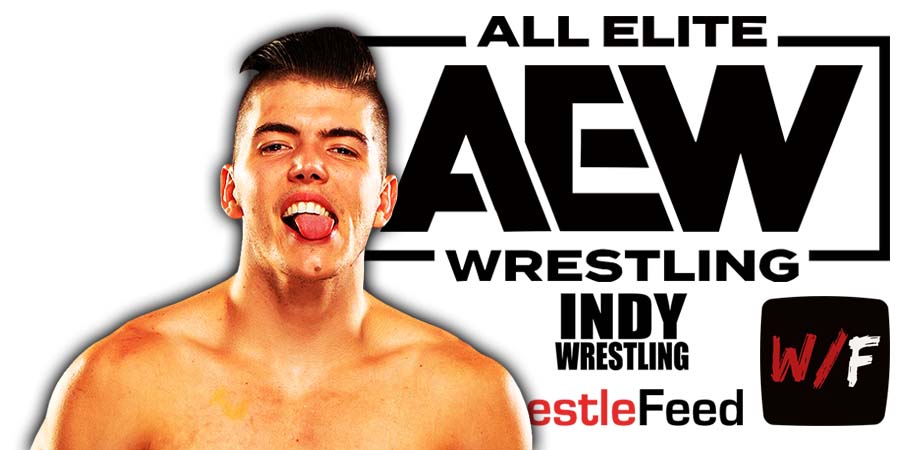 • “What the hell is he doing?” – WWE Hall Of Famer Reveals The Mistake Sammy Guevara Is Making On AEW TV

Former TNT Champion Sammy Guevara was an AEW fan-favorite, but the fans have turned on him as of late, especially since he started coming out on TV with his real-life girlfriend, fellow AEW wrestler Tay Conti.

2-Time WWE Hall Of Famer Booker T talked about fans turning on Sammy and what ‘The Spanish God’ is doing wrong.

Below is what the WCW Legend said on his podcast:

“He’s a good looking kid. There’s a lot of ladies out there that want to jump on the Sammy Guevara bandwagon.

Then Sammy Guevara proposed to his longtime girlfriend in Houston, Texas, in the middle of the ring, and I was like, ‘What the hell is he doing?’

But when you’re an entertainer, when you’re like, The Spanish God, the last thing you need to be doing is proposing to your longtime girlfriend on TV.

Then that didn’t work out for him. Then he got with Tay Conti. There were a lot of rumors that he was with Tay, he wasn’t, he was, and then it came out. Now they are posting photos on social media.

Every young girl in the country that watched AEW perhaps thought they had a chance to get a date with Sammy Guevara and all of that has gone out the window now.

Look, guys, when you’re a young star like that, leave your girlfriends at home. If you’re thinking about getting married, there’s nothing wrong with that but you don’t need to be talking about that on television. You got a lot of young people that wish that they can be next to you.

When you take all of that away from them, that could be the beginning of the end. Now is that the whole problem? Perhaps not.”

Also Read: “That did not make him look like a boss” – Booker T Says Tony Khan Is Falling Into A Trap