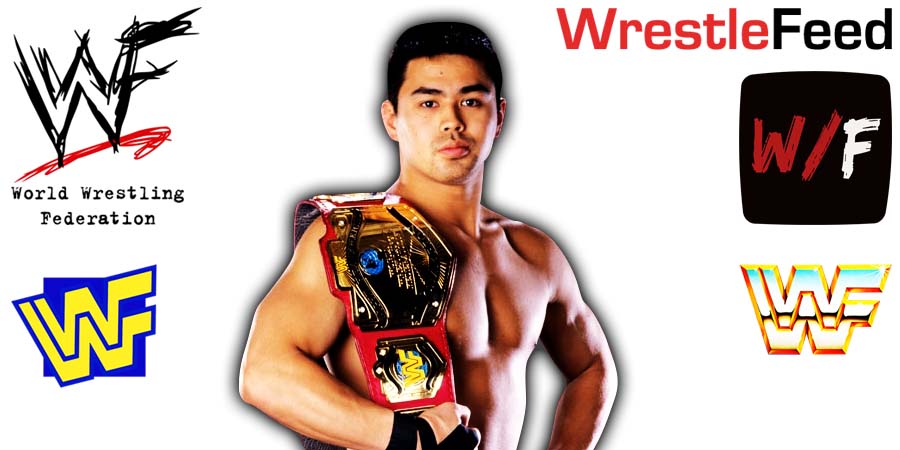 • “What the hell?” – Taka Michinoku To X-Pac After Watching An Old WWF Clip

As we reported earlier, 2-time WWE Hall Of Famer X-Pac appeared on this week’s episode of WWE’s The Bump and revealed that he has been cleared to return to in-ring action.

“My surgeon gave me the go-ahead, I just got the green light to get back in the ring.”

“I’m just going to get into better and better shape. I’ll be ring ready at the beginning of next year, and in case my phone rings!”

This led to former WWE Superstar Zack Ryder (now known as Matt Cardona) tweeting the following while being in character:

“Omg stop. Enough Attitude Era sh*t. Nobody wants to see X-Pac in the ring…unless it’s a mint 1-2-3 Hasbro figure inside a mint Hasbro King of the Ring ring.”

X-Pac then posted a GIF of him hitting a vicious spinning heel kick to Taka Michinoku during the WWF days with the following caption for Ryder:

“How would you like a mint one of these?”

How would you like a mint one of these?😁 https://t.co/r2DCbm9m7w pic.twitter.com/jQoNPHTrWY

Taka saw this GIF and tweeted the following:

This led to X-Pac replying the following:

“I meant put the right hand up. I’m so sorry. There’s definitely an outstanding receipt owed for that one.”