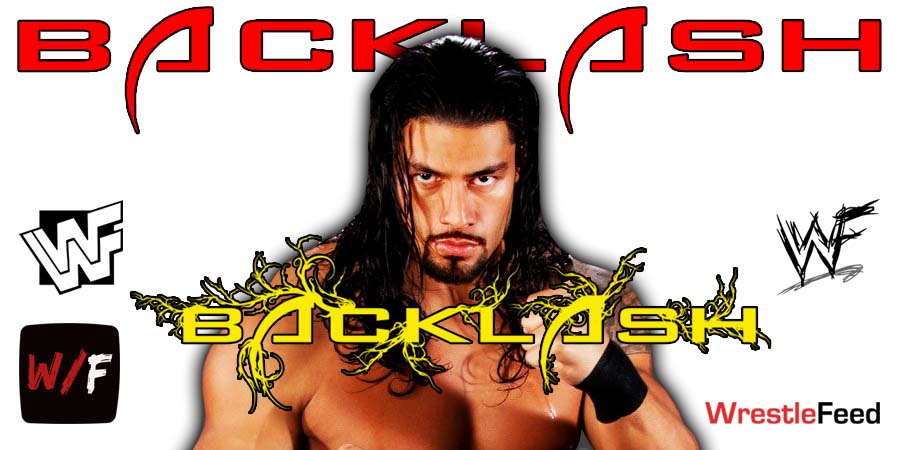 Undisputed WWE Universal Champion Roman Reigns came out, tore the contract and beat down Randy Orton & Riddle. Drew McIntyre then came out and brawled with Roman.

In a backstage segment with Adam Pearce, Paul Heyman said he wants The Usos vs. RK-BRO match to be turned into a 6-Man Tag Team Match at WrestleMania Backlash.

This change was then made official. It’ll now be: The Bloodline (Roman Reigns & The Usos) vs. RK-BRO & Drew McIntyre.

The Title Unification Match is no longer taking place at WrestleMania Backlash.

According to the Wrestling Observer, WWE is saving Reigns’ title defense against McIntyre for the upcoming big Stadium shows:

“That’s really interesting. That really weakens the card, because I thought the unification was the strongest thing they had on the card. Really, now, that would put Charlotte and Ronda (in the main event).

Roman and Drew I guess would then be to set up for the stadium pay-per-views, then. Which made sense to me. Maybe the Cardiff or maybe Vegas or whatever.

If you do a single champion, then you’re doing the pay-per-view without a title match, you’re basically just saying, ‘We don’t see this pay-per-view as a big deal at all.’”

On this day in Pro Wrestling history on April 30, 2006, World Wrestling Entertainment aired ‘Backlash 2006’ LIVE on PPV from the Rupp Arena in Lexington, Kentucky.

Big Show wrestled Kane to a no contest