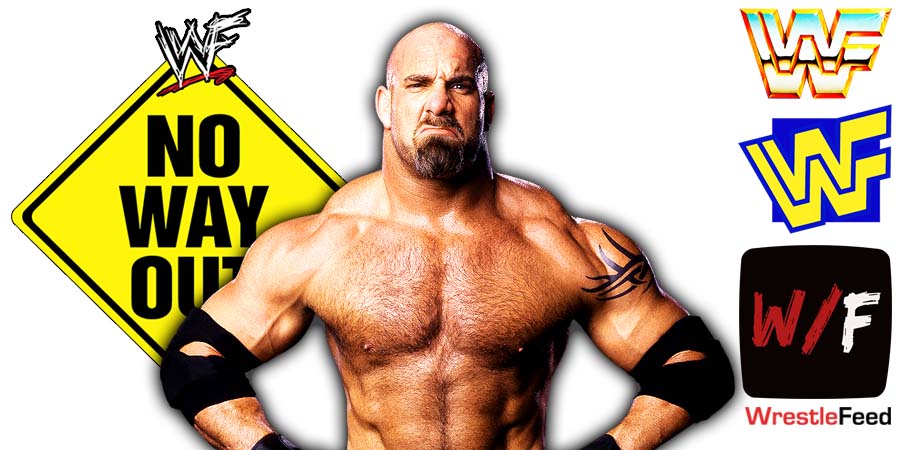 • Will Goldberg Retire From WWE At Elimination Chamber 2022?

Goldberg will face Roman Reigns for the Universal Championship on February 19 at the Elimination Chamber 2022 premium live event.

This will be the final match of Goldberg’s current WWE contract.

While some people expect Goldberg to retire after this match, he recently teased during an interview with Sports Illustrated that he could sign a new deal:

“I’m focused on what’s next. If they want to come back to me with something, we’ll talk. You never know what the future holds.”

Also on the “Goldberg at 54” WWE Network documentary, Goldberg noted that he wants to continue wrestling as long as he can:

“I genuinely appreciate every single human being that has been a fan at any time of my career because that means I did something right along the way.

People see me as a mythical character. When I’m in the ring every once in a while, I’m here to show people that it doesn’t matter what your age is. It matters only about your desire, your willingness to work.

I may be 54, but I really am more than willing to continue to learn about this business and as long as I have something to offer it, then, you know, I’ll still going to be a part of it.”

With Goldberg making a lot of money under his current deal and also helping WWE by putting over the younger talent, there’s a big chance that Goldberg won’t have the final match of his career at Elimination Chamber, and Vince McMahon will end up offering him a new contract.

This episode was pre-taped in Jackson, Tennessee and featured matches & storyline segments on the road to the ‘WCW SuperBrawl VII’ PPV.