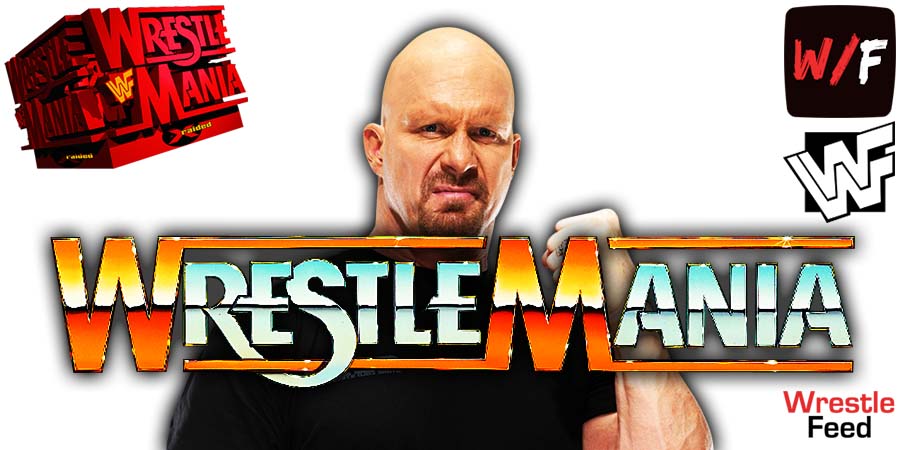 • Will Stone Cold Steve Austin Be Involved In More Feuds After WrestleMania 38?

As seen on Monday’s WrestleMania RAW, fans were “WHAT!?” during various promos.

This led to WWE Champion Brock Lesnar saying the following about Austin:

Later in the night, Universal Champion Roman Reigns said he’d slaps the idiot fans for chanting “WHAT!?” and he’d slap Austin too.

This began speculation among fans that Austin might stick around after WrestleMania 38 and feud with more top superstars.

However, as of this writing, Austin’s return is a one-night thing only. We’ll keep you updated if anything changes.

Speaking of Austin, his final match took place 19 years ago today at WrestleMania 19, where he lost to The Rock.

It was pre-taped at the Freeman Coliseum in San Antonio, Texas and featured pre-taped matches & storyline segments on the road to the ‘WWF WrestleMania 2000’ PPV.