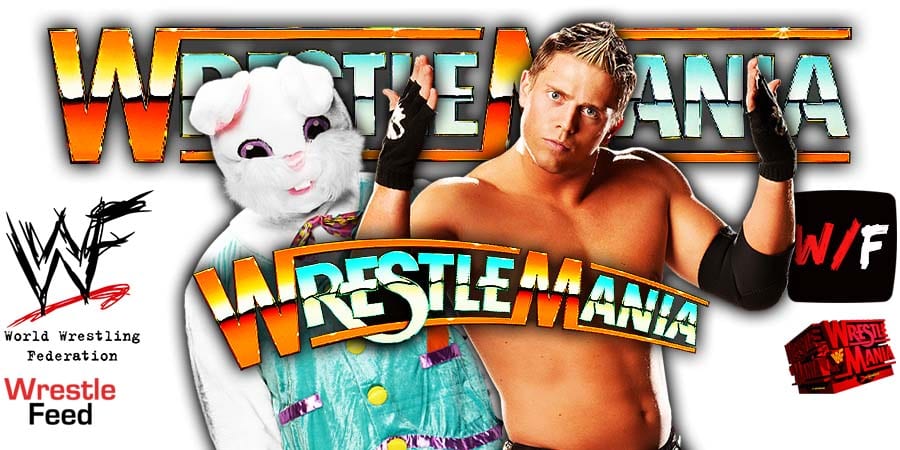 This is part 6 of our WrestleMania 37 live coverage (part 5 is here).

The WWE Hall Of Fame Class Of 2020 came out to the stage next and got honored.

After this, “Stone Cold” Steve Austin appeared in a promo to promote next year’s WrestleMania 38 PPV in Texas in April 2022.

Up next is a Tag Team Match. The Miz & John Morrison came out first with a lot of bunnies to mock their opponents.

Damian Priest came out next, followed by Bad Bunny, who came out on top of the truck that Becky Lynch used last year and got big pyro in his entrance.

Priest starts the match with Miz and Miz shouts at Bunny that “are you scared?”

This leads to Bunny starting the match with the former WWE Champion!

Miz puts both his hands behind his back and mocks Bunny and asks him to hit him if he got it and Bunny punches him down!

Bunny puts in a Waist Lock and then punches Miz again. Bunny hits a double-leg takedown on Miz and begins punching him again, but Miz turns the tables.

Bad Bunny is impressing the fans with his in-ring skills.

Morrison sends Bunny head-first into the announce table. Miz & Morrison are tagging in and out, while Priest is looking on from his corner.

Bunny fights Miz & Morrison back and lays out Miz with a DDT! Bunny finally tags in Priest!

Bunny hits a Suplexes On Morrison and Priest hits one on Miz and both go for a cover, but they kick out!

Miz hits a Skull Crushing Finale on Priest and goes for a cover, but Bunny breaks up the pinfall.

Bunny hits Morrison with a Canadian Destroyer on the outside! Both Miz & Priest are shocked in the ring!

Priest picks up Miz on his shoulders and Bunny hits a crossbody from the top rope!

Bunny pins Miz to pick up the win!