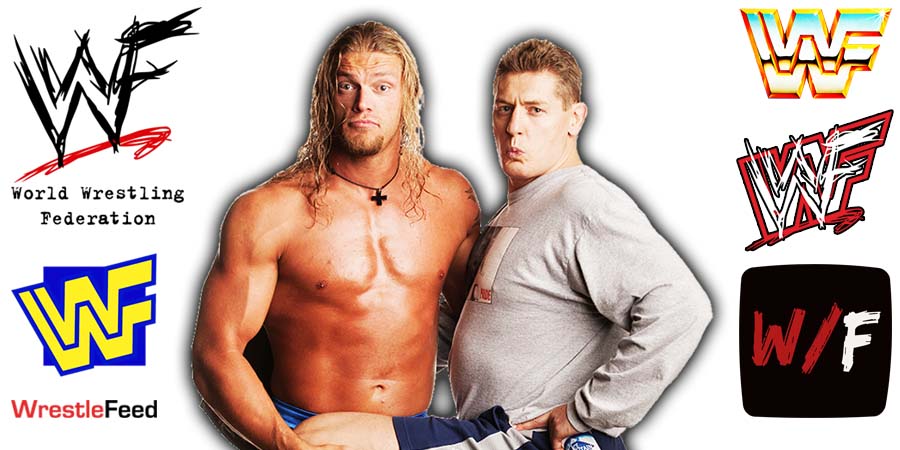 NXT General Manager William Regal was among the 11 names that WWE released on Wednesday.

Below is how wrestling stars reacted to Regal’s release:

Sasha Banks: There would be no Sasha Banks if it wasn’t for @RealKingRegal thank you for giving me a chance and believing in me. 💙 Forever grateful

Edge: @RealKingRegal is a man I hold the utmost respect for. A dear friend who always, without fail, makes me smile, and what better gift? He also made me a better, tougher performer and pulled me out of my comfort zone and pushed me to new heights. He’s a real man(s) man.

Becky Lynch: Eternally grateful that Regal gave me a chance when I was nothing. I owe so much to him.

Mick Foley: WILLIAM REGAL? WTF? Whoever hires @RealKingRegal will be fortunate for doing so.

Kevin Owens: I truly can’t overstate this: There is no chance I would be where I am today without William Regal. I’m so grateful for his advice and guidance throughout the years. An absolute example of what I aspire to be when my time as an active performer in the ring is done.

Johnny Gargano: If it wasn’t for William Regal a lot of your favorite guys wouldn’t be on television. He got so many of us “indie guys” an opportunity. He will never take credit for that, but he deserves his flowers for helping and molding this generation of wrestlers. #ThankYouRegal

Dax Harwood: There would be no FTR without William Regal.

James Drake: At the time, I didn’t have a big UK independent name. I was working shows around Morecambe and the holiday camps. Without him I wouldn’t be where I am today. There would be no @FSWrestlingUK or this version of the GYV. He lives and breaths this job. Thank you.

Cathy Kelley: A tweet cannot even begin to express my adoration for William Regal. Truly best of the best.

James Storm: William Regal was always straight up and respectful when he didn’t have to be every time I seen him.

Lana: A huge thank you to @WWERoadDogg @IamSmiley @RealKingRegal
@WWERanjinSingh for everything you all taught me in WWE. You all helped so many of us become who we are today. #Thankyou

Renee Young: William Regal is an asset to whoever hires him next. I’m shocked.

One of my favorite matches… I’ll be forever grateful for it@RealKingRegal pic.twitter.com/TFZZP6RXHr

It was broadcasted from the New Haven Coliseum in New Haven, Connecticut and featured matches, interviews & storyline segments on the road to the ‘WWF Royal Rumble 1998’ PPV.

7. New Age Outlaws vs. The Headbangers