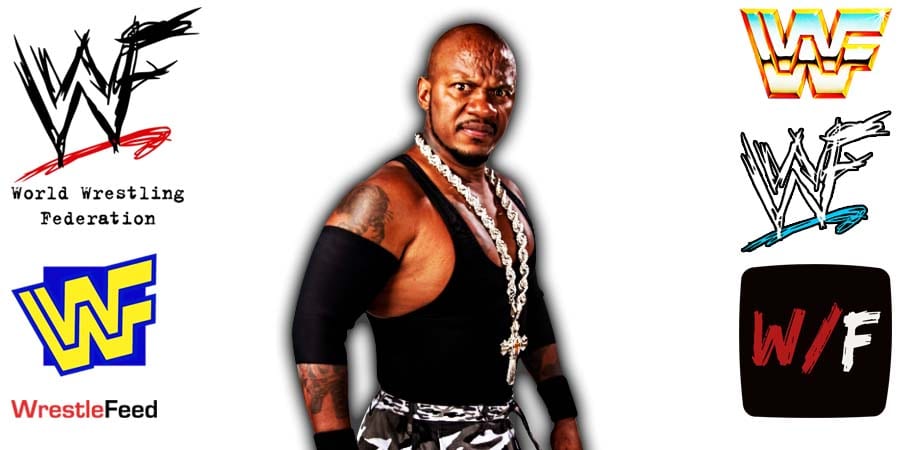 • Wrestling World Reacts To The Death Of New Jack

We are saddened to announce that ECW Legend New Jack has passed away at the age of 58.

According to PWInsider, he suffered a heart attack. New Jack’s wife confirmed this sad news to them.

New Jack originally made a name for himself in Jim Cornette’s SMW Smoky Mountain Wrestling territory, where he formed ‘The Gangstas’ with his Tag Team partner Mustafa Saed, but soon jumped ship to Paul Heyman’s ECW Extreme Championship Wrestling, where he became a house hold name in Hardcore Wrestling and somewhat of an innovator when it comes to jumping off of balconies during pro wrestling matches.

He has since come out of retirement quite a few times, to reunite The Gangstas with his old partner Mustafa.

Below is how the wresting world reacted to New Jack’s death:

WWE is saddened to learn that Jerome Young, known in ECW as New Jack, passed away today at the age of 58.

WWE extends its condolences to Young’s family and friends. https://t.co/9ESCVALGDe

AEW and the wrestling world mourn the passing of ECW Legend “New Jack” Jerome Young. Our thoughts are with his family, his friends and his fans. pic.twitter.com/LMHYG0T6Mv

We are deeply saddened to learn of the passing of Jerome "New Jack" Young. We offer our sincerest condolences to his friends and family. pic.twitter.com/5Qc0kO1hVx

Just landed in Baltimore and heard the news of new jack. I just seen him at the airport last Sunday walking with his face mask that said new jack and he stopped and we chatted for about 45 mins. Never take a day for granted

I didn’t share a ton of locker rooms with New Jack, but when I did it was never dull. I’ll always remember the first time I met him in CA. Let’s just say it was… eventful. Rest well, Jack. Godspeed. 🙏

Dax and I were just talking this week about how good he was when he spoke. RIP New Jack. pic.twitter.com/9GUdo2WisO

We were complete opposites but we alway got along. Shared a lot of locker rooms together. #RIPNewJack

This episode featured pre-taped matches & storyline segments on the road to the “WCW Slamboree 1995: A Legends’ Reunion” PPV.

6) Highlights of WCW US Title Tournament

10) Kevin Sullivan vs. Man with No Name (Brutus Beefcake)