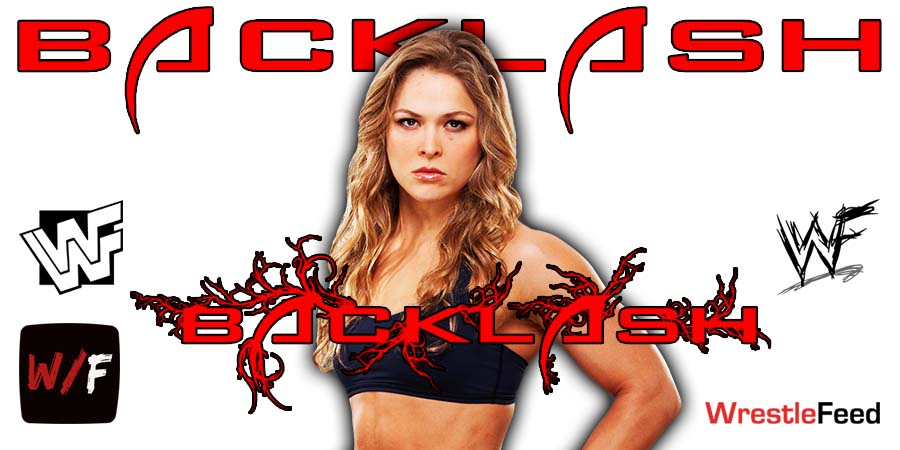 • WWE Considering A 1st Time Ever Situation For Ronda Rousey

On Night 1 of WrestleMania 38, Ronda Rousey had Charlotte Flair beat, when she made Flair tap out, but the referee was knocked out at that time.

Rousey then tried to wake the referee up and crown her the winner. Charlotte took advantage of a distracted Ronda and hit her with a Big Boot and pinned her to retain her Title.

Ronda kicked off last night’s SmackDown after WrestleMania 38 and challenged Charlotte to an “I Quit” Match for the SmackDown Women’s Championship at WrestleMania Backlash 2022.

WWE has now officially added this I Quit match to WrestleMania Backlash.

Apart from this storyline, for the 1st time ever, WWE might team up Ronda and Shayna Baszler on their programming for a tag team match, according to Andrew Zarian.

Shayna, who is also a former UFC fighter, is a friend of Ronda and both of them are a part of the 4 Horsewomen of MMA.

WWE recently released footage of Ronda training with Shayna for her WrestleMania match, so there’s a high chance of them competing as a tag team this year, as WWE is completely acknowledging their history together.

1) Interview – Nikolai Volkoff – This is Your Life w/Blassie