While we don’t know yet how this happened, WWE Interviewer Charly Caruso suffered an injury during the taping.

Below is a video and a photo that Nia Jax posted about this in her Instagram stories: 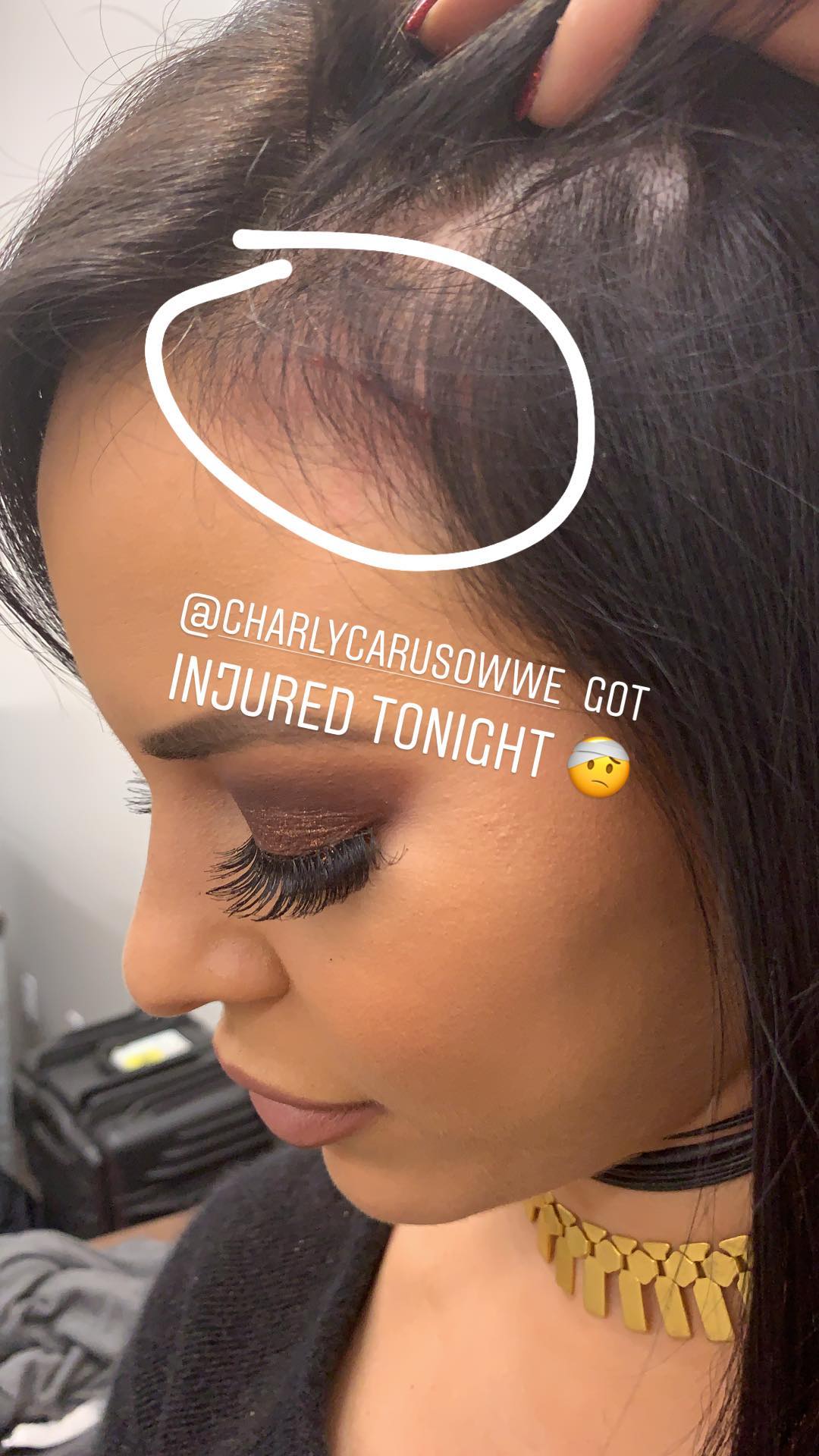 Below is what Charly wrote about this on her Instagram story:

“It’s tough out here for us interviewers…”