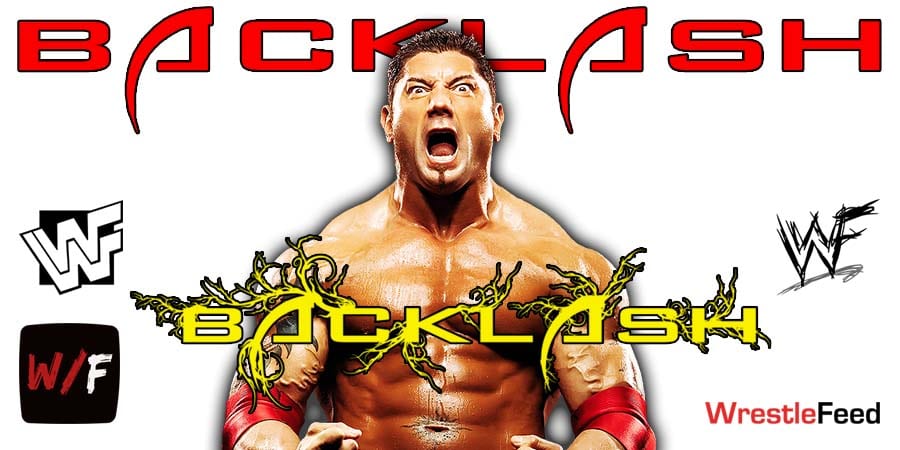 At the WrestleMania Backlash 2021 pay-per-view, Damian Priest defeated The Miz in a Lumberjack Match.

According to Ringsidenews, Nick Khan (WWE President & Chief Revenue Officer) made the deal with Warner Bros to promote Army Of The Dead on WWE pay-per-view and WWE got paid in 7 figures for this!

While a lot of WWE’s fans complained about this, this segment involving zombies was trending on Social Media, which resulted in Batista’s new movie getting a lot of publicity.

This episode featured matches on the road to the ‘WWE Judgment Day 2005’ PPV.