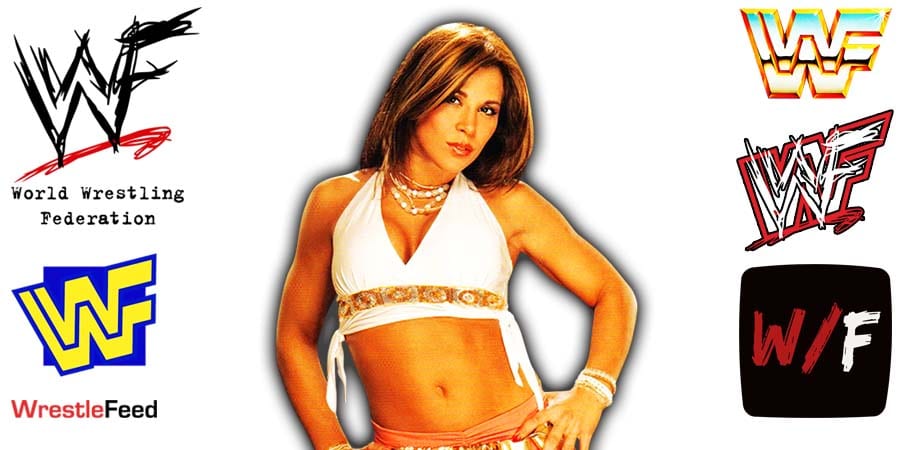 We recently reported about Mickie James’ recent announcement, that Billy Corgan’s National Wrestling Alliance plans to do an all-women’s pay-per-view, similar to the WWE Evolution 2018 PPV, and she would be the executive producer of this upcoming NWA PPV.

The name of this event will be ‘NWA EMPOWERRR’ and it’s scheduled to take place in August 28.

Zack Ryder’s fiancee Chelsea Green, who was released from her WWE contract two months ago, revealed on her ‘Green With Envy’ podcast that she plans on main eventing this upcoming NWA show.

Here’s what the former SmackDown wrestler had to say:

“This is only messy because WWE fired Mickie James, or should I say released? My dad doesn’t like it when I say ‘fired’.

WWE must be f**kin’ shaking in their boots right now because Mickie James is going for gold. She was just hired on by NWA to be an executive producer for the first-ever all-women’s NWA pay-per-view.

I am so excited. If you’ve heard her speak about it, if you haven’t, go onto Twitter on NWA’s page and they posted the announcement and she is amazing.

Clearly, she has pushed for this for years and has been overlooked. I’m so happy that she’s headed to NWA and she’ll be with her husband, be with her family and gets to start this amazing all-women’s pay-per-view.

I feel like, it can’t just be a pay-per-view, right? They’ve got to do an all-women’s show, they must, if they’re going to hire Mickie James.

She is such an icon for all the women in professional wrestling. She is the epitome of talent, character, wrestling ability, promo skill, everything, which is why I absolutely love her.

You know, I definitely based the Hot Mess off of those shades of Mickie James vs. Trish Stratus, so I love Mickie.

Either way, guys, tweet NWA, tweet Mickie James, let her know I want to be on the goddamn show, ok?

I want to be the motherf**kin’ main event of EMPOWERRR because that’s what I deserve, dammit!

This episode was pre-taped at the Civic Center in Anderson, South Carolina and featured matches & storyline segments on the road to the ‘WCW The Great American Bash 1996’ PPV.

2. Jim Duggan vs. The Gambler

10. Lex Luger vs. The Barbarian