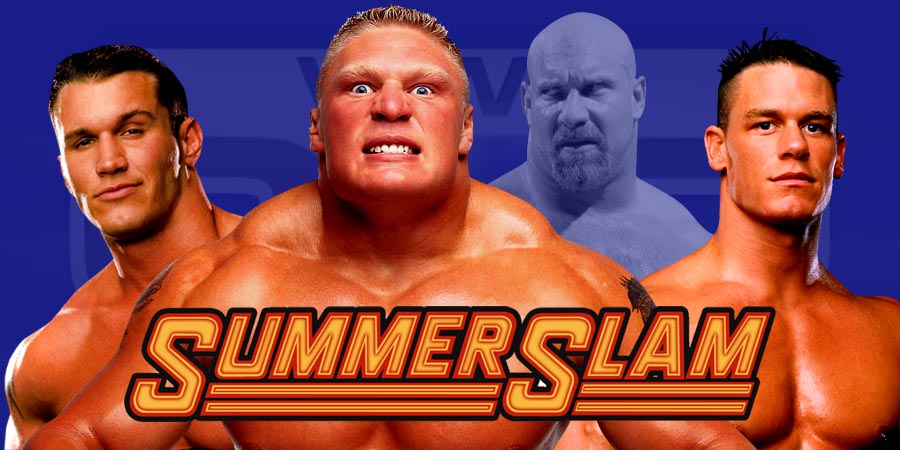 Tonight’s SummerSlam 2016 takes place from the Barclays Center in Brooklyn, New York. This is the 29th edition of SummerSlam.

Our main event for tonight is the match which is “15 Years In The Making”, “The Beast Incarnate” Brock Lesnar vs. “The Viper” Randy Orton.

SummerSlam 2016 Kick-Off show began with a 12 man tag team match between SmackDown Live tag teams. The match ended with The Usos picking up the win for their team when one of the Uso hit the Splash on Simon Gotch.

– The Usos, The Hype Bros & American Alpha def. The Vaudevillains, The Ascension & Breezango

Baron Corbin interrupts the Kickoff panel and talks about how he was scheduled to face Kalisto tonight at SummerSlam 2016 but Kalisto begged the doctors to not clear him. Corbin says Kalisto cost him money by not facing him tonight and he’s gonna take him out. Renee Young tried to ask Corbin a question but Corbin said: “I’m not here to answer your questions.”

Up next is the tag team match between The Dudley Boyz & Neville/Sami Zayn. The end came when Bubba Ray Dudley accidentally knocked out D-Von Dudley and Zayn hit him with a Helluva kick followed by a Red Arrow from Neville for the win.

Next is the first match of the “Best of 7 Series” between Cesaro & Sheamus. The end came when Sheamus delivered a thumb to the eye of Cesaro followed by a Brogue Kick for the win.

Check the next page for more results from SummerSlam 2016.