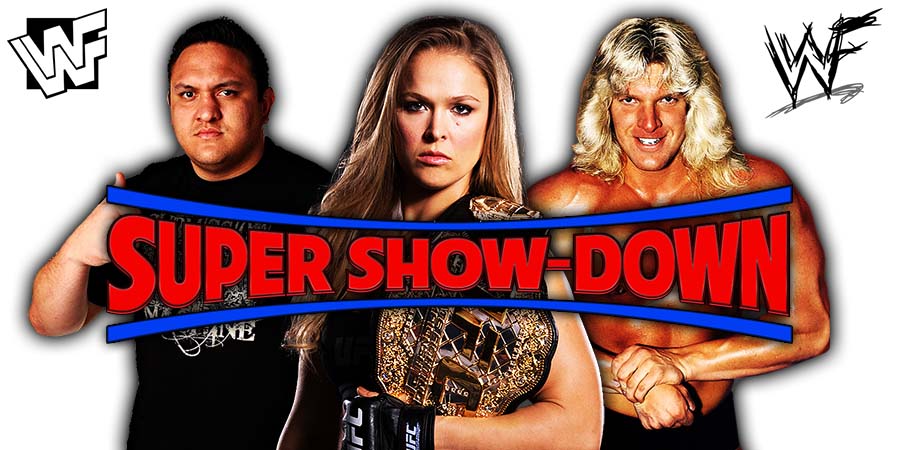 This is part 5 of our WWE Super Show-Down Live Coverage (part 4 is here).

Up next is a 6 woman tag team match. The Riott Squad make their way out first, followed by The Bella Twins and the RAW Women’s Champion “Rowdy” Ronda Rousey.

Ronda gets a huge pop during her entrance.

The match begins and there’s a little confusion between Ronda & Nikki regarding who will start the match. This is WWE’s way of planting the seeds for a Ronda Rousey vs. Nikki Bella match (which is rumored to take place at the WWE Evolution PPV later this month).

After getting beat up by The Riott Squad for sometime, Nikki finally makes a hot tag to Ronda and Ronda takes out all 3 members of The Riott Squad with some vicious moves!