WWE has partnered up with virtual restaurant company Nextbite to open a WWE-themed delivery-only restaurant in Dallas.

WWE Smackadillas (name of their virtual restaurant) is a limited-time menu of crave-inducing quesadillas that will run till April 11th.

It is now available on Uber Eats, Grubhub and DoorDash. 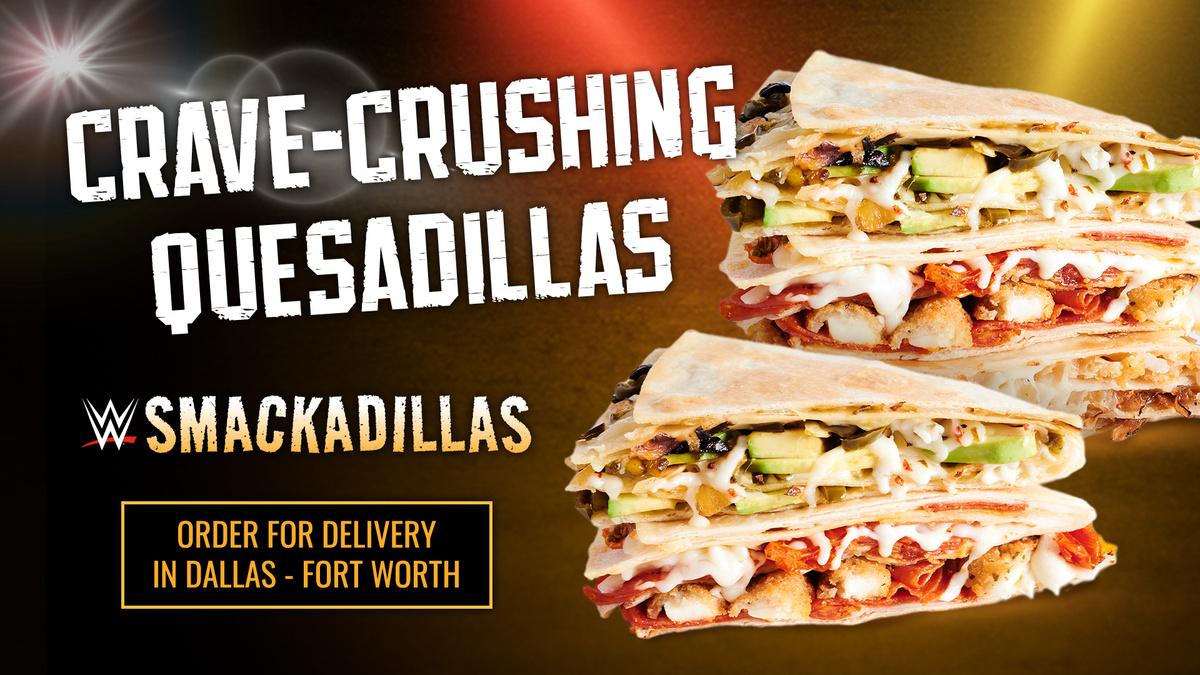 Nextbite Chief Growth Officer Geoff Madding had the following to say about this partnership:

“WWE is one of the premier sports and entertainment organizations in the world and is known for giving their passionate fan base exactly what they want.

Whether you order WWE Smackadillas from the comfort of your couch or on your way home from WrestleMania, we look forward to amping up the total WWE experience with these delicious quesadillas for all the hungry fans in the Dallas area.”

– The British Bulldog vs. Bill Badd