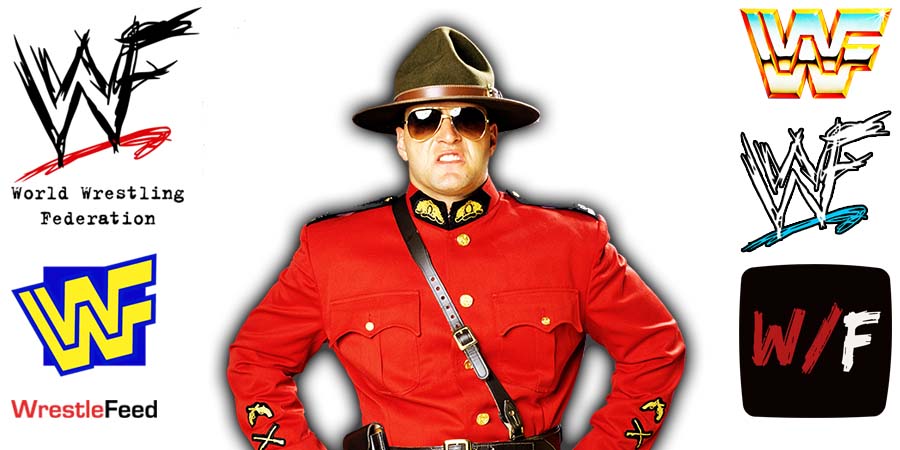 During a recent interview on the It’s My Wrestling podcast, Old School WWF Legend ‘The Mountie’ Jacques Rougeau revealed that the backstage culture during the World Wrestling Federation’s Golden Era of the 80s was a ‘walking drugstore’.

Here’s what Jacques had to say:

“It was a walking drugstore. I hate to tell you this because I had a feud with them but the worst was the Bulldogs. They walk in the dressing room and they have needles sticking their butt. They were walking around like ticking time bombs.

You’re walking around, and then you go in the bathroom and they were all doing it you could see them. I could count on my hand, maybe two if I’m lucky, the guys that weren’t on steroids.

Everybody was on steroids, everybody but I can think of few. Santana, Martel, Mike Sharpe, Lombardi, me and Raymond, Lanny Poffo. There’s not many that weren’t on steroids.

Vince knew that the kids, they liked the superheroes, the big guys, the guys who are all bubbled up. He made a lot of money with that. I remember during the time of the trial there were a few rumors backstage that we’re going to court.

I didn’t give a sh*t because we weren’t on them. We didn’t care and we were actually proud of that. A lot of the guys, I had heat with because they would come and ask me to pee pee in a tube test or in a pot for them. I say no, I’m not getting implicated in your sh*t, it’s your sh*t. You get out of it.”

Jacques Rougeau Jr. wrestled for the World Wrestling Federation from 1986 until 1994 and again for a few months in 1998.