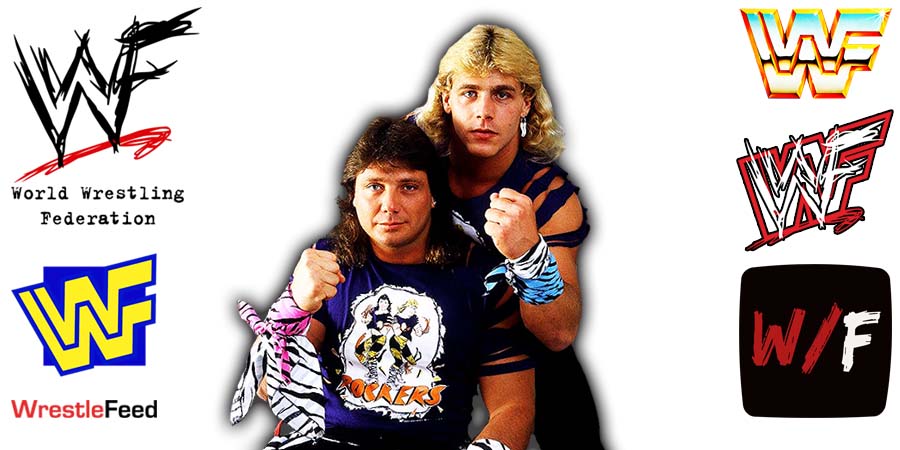 Old School WWF Tag Team Legend Marty Jannetty revealed on Facebook that he recently got rid of one of his girlfriends and is searching for new potential girlfriends.

Here’s what he posted:

Jannetty then went on to answer some fan questions in the comments. You can read them below:

Marty: Who did he learn EVERYTHING from? Lol

Fan: What happened to Flee?

Marty: She’s still here..but a wifey..not in loves with..glad you remembered..she’s sooo hott and Soo sweet..picture the prettiest Spanish girl you can, and that’s her..

Marty Jannetty & Shawn Michaels performed in the World Wrestling Federation as The Rockers from 1988 until they broke up in the famous Barber Shop segment, that aired in early January 1992.

Promo By Three Faces Of Fear