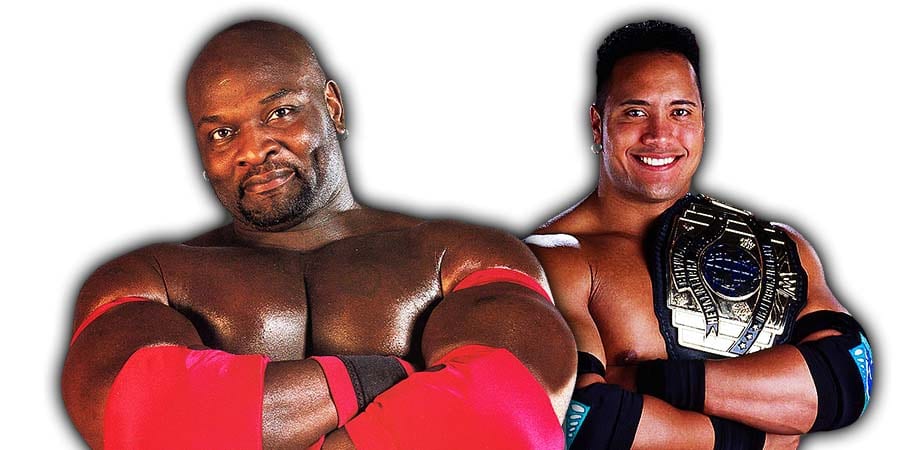 During a recent edition of “Why It Ended” podcast, WWF Veteran Ahmed Johnson talked about The Rock’s attitude changing when he got his push and became a star.

Below is what Ahmed said about changes in The Rock’s attitude:

“Oh my god did it change big time.

Yeah, you know when he started to get all the fame and glory when he turned heel. When he was babyface, they booed him and it was kinda like a D-Lo Brown. You know with D-Lo, no matter what side (babyface or heel) fans aren’t really going to take to him. I mean they tried everything with D-Lo and the fans just never bought into him.

When The Rock turned heel I give him his props, he was a hell of a heel. He was good at what he did, but then you know his attitude started changing with it and actually it really threw me off.”

On the other hand, Bruce Prichard said the following about The Rock’s attitude and people being jealous of him during a recent edition of Something To Wrestle:

And from the day that he (The Rock) started up to today you pretty much had the same guy. He never really got a big head, he was nice to everybody, but I think that there was still a jealousy of, ‘Oh f*ck him he’s only been in the business 2 years and I’ve been in it for 10 years, or I’ve been in for 15 years, why aren’t they pushing me like they’re pushing him? Look at him getting all this s***’.

‘Now why this kid? I’ve been busting my a$$ here for all these years now’. It was a general feeling in the locker room with a lot of the new guys coming in.

There was resentment against Bret Hart almost for the opposite. When we made Bret Hart champion, the resentment towards Bret was, ‘What the f*ck man? He’s been a mid-card tag team guy his whole career, why is he getting the belt?’

You know it’s whoever is on top, whoever is achieving success at the time. Those that are not achieving that success and feel that it’s due them are gonna complain and say, ‘Oh that should have been me, so in my opinion, that’s what was going on at the time as far as dealing with Dwayne Johnson.

During that time, it was the same Dwayne Johnson that had walked in and had his tryout in Houston, Texas all those years ago, and busting his a$$ in the warehouse, and then got overlooked, first went out and sh*t the bed.

Rocky died and then returned to make the most of it and became successful. Yeah, I just think it was jealousy more than anything else and people looking for anything to hang their hat on you.”