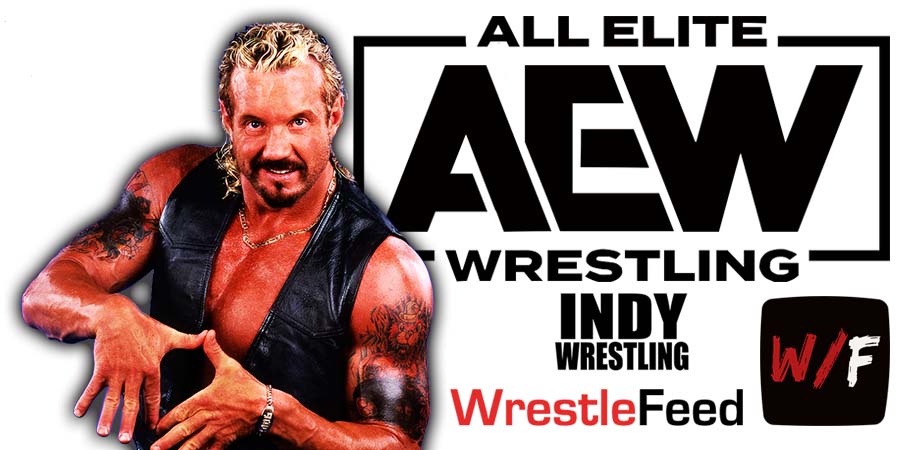 • “You can’t tell me they ain’t the real deal. WWE’s tickets aren’t selling like that” – Hall Of Famer On AEW

During a recent interview with Foundation Radio, WWE Hall Of Famer Diamond Dallas Page talked about AEW’s success and being WWE’s competitor.

“All of a sudden, it looks like AEW is not just another wrestling organization. They have risen to the level of like real competition for WWE and I never thought that would be possible again.

But the heart and soul, that guy Tony Khan, who owns that company – first of all, he’s the most amazing cat, like you would never know in a billion years that he’s a billionaire because he’s a regular dude who loves wrestling and appreciates it for what it is. One of his dreams is to have his own wrestling organization. Now he’s got it and it’s not just a wrestling organization.

I know they just sold tickets for Chicago, and it was a number of shows like three nights in a row. They all sold out. I would say it’s about 10-11,000 people, and then they got the United Center. They’re doing a new show now. I think it’s called Rampage. They sold out the United Center in 30 minutes.

You can’t tell me they ain’t the real deal. WWE’s tickets aren’t selling like that.”

Spike joined Paul Heyman’s ECW Extreme Championship Wrestling promotion in 1996 and stayed with the company till its demise in 2001.

After Vince McMahon bought ECW, he also signed Spike Dudley and kept him on contract till 2005.

The last time he was featured on main stream wrestling TV, he wrestled for TNA iMPACT Wrestling as Brother Runt.