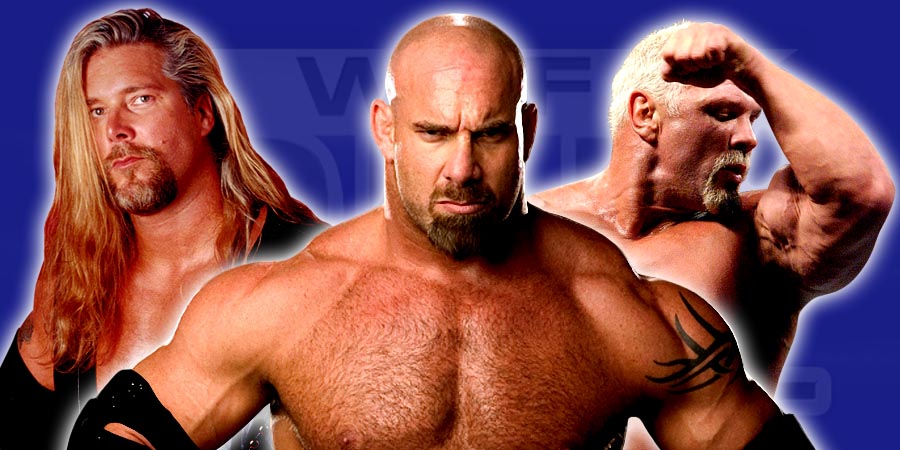 Only a selected few men were able to defeat the invincible Goldberg during his short but very impressive career.

For the first time ever, we have now listed, the Professional Wrestlers who were able to defeat the unbeatable Powerhouse.

Goldberg has also lost a few Tag Team Matches, Triple Threat Matches and 4 Way Matches in his Career, which we have NOT included in our list, because he was not the Wrestler who took the pinfall, so basically although not winning them, he wasn’t defeated in any of these matches either.

So here are the 5 Times during his career, when Goldberg was actually defeated:

With a Record of 173-0, Bill Goldberg’s streak is still being remembered as one of the greatest undefeated streaks in Professional Wrestling History.

And the man that ended it was fellow nWo Wolfpac leader “Big Sexy” Kevin Nash.

With the help of an interfering nWo Hollywood member Scott Hall, Kevin Nash did the unthinkable and pinned Goldberg’s shoulders 1-2-3.

Not only did Goldberg lose his first official WCW Match, but he also lost the WCW World Heavyweight Title, that he was holding since beating Hollywood Hogan earlier that year in July.