Adult movie star Jenna Jameson revealed an interesting encounter with The Undertaker in her autobiography. Below is what she said:

“The Undertaker was one of the biggest WWF wrestlers at the time. He would put people in coffins and set them on fire in the ring. And the scary thing is, that character he played was not an act.

Back when I used to hang out in Jack’s shop and make needles for him, The Undertaker used to come in and get tattooed. I was so shy. And he was very serious. So I met him that night dancing, and we hung out and became really good friends.

He came to one of my dance gigs and this guy asked me, ‘Can I buy you a drink? The Undertaker looked at him totally stone cold and said, “Yeah, you can get me a shot of Jaeger and you can get yourself a shot of shut-the-f*** up.” 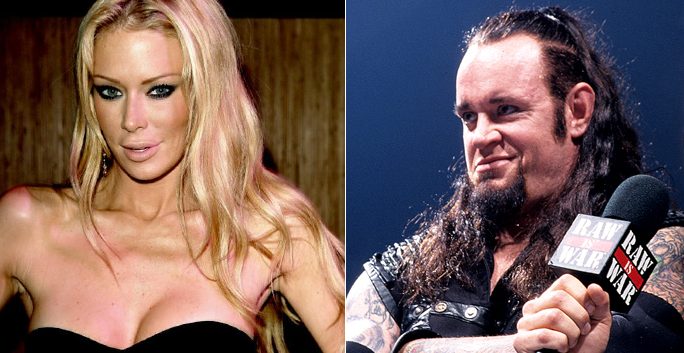 My boyfriend was there at the time, and the Undertaker said, ‘I’m going to kick your boyfriend’s a** and take you away with me’. I knew he was serious.

I ran upstairs and told Jordan we had to leave because this guy was going to beat the f*** out of him and kidnap me. So I never saw him again. I think that was when Jordan forbid me to talk to anymore guys on the road.”

Speaking of The Undertaker, he’ll be making his return to WWE programming on the January 22, 2018 edition of Monday Night Raw, which will be celebrated as Raw’s 25th anniversary show.