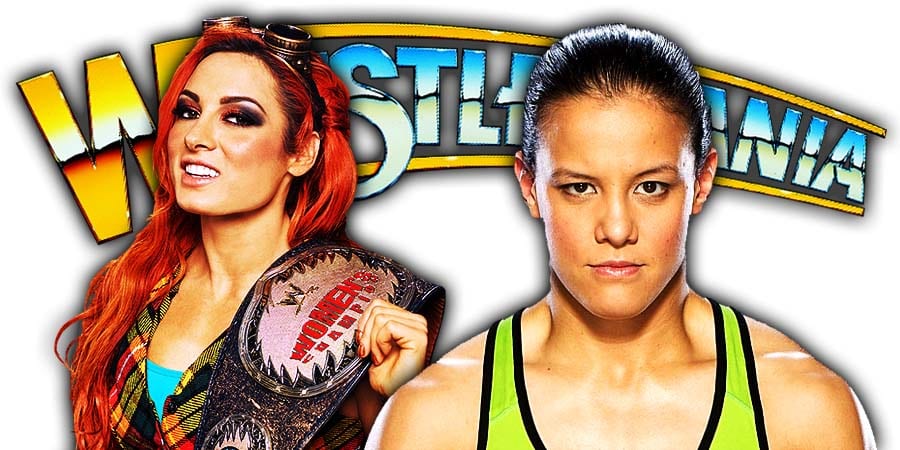 Last night, we posted an article on how the WWE wrestlers loved the Boneyard match between The Undertaker & AJ Styles, which main evented Night 1 of WrestleMania 36 (tap here to check it out).

It looks like AEW wrestler Evil Uno (of Dark Order) enjoyed the match as well. Below is what he tweeted about this match:

“The Man” Becky Lynch continued her year long reign as the RAW Women’s Champion last night at WrestleMania 36, when she pinned “The Cage Fighter” Shayna Baszler to win their match.

In a backstage interview after her match, Becky had the following to say about her win over Shayna:

“Look, she’s incredible. I never underestimated her, I think she underestimated me, but the fact of the matter is that she’s been a top-ranked cage fighter for 10 years straight.

She’s the longest combined Women’s NXT Champion in history. Her skill set is maybe, maybe un-matched in what we have in WWE today, but the fact of the matter is, tonight was a test of heart over skill, and I’ve got the heart.

Well, Shayna has a problem. She thinks she has my number but she certainly doesn’t, but if she has a problem with that finish tonight, just tell her to not go missing. She knows where to find me, I’ll be holding down the fort every single week.”

Shayna tweeted the following after losing in her WrestleMania debut:

“I’ve seen this dark before. Shoulda killed me when you had the chance….”

I’ve seen this dark before. Shoulda killed me when you had the chance…. https://t.co/XMcGV9CANI