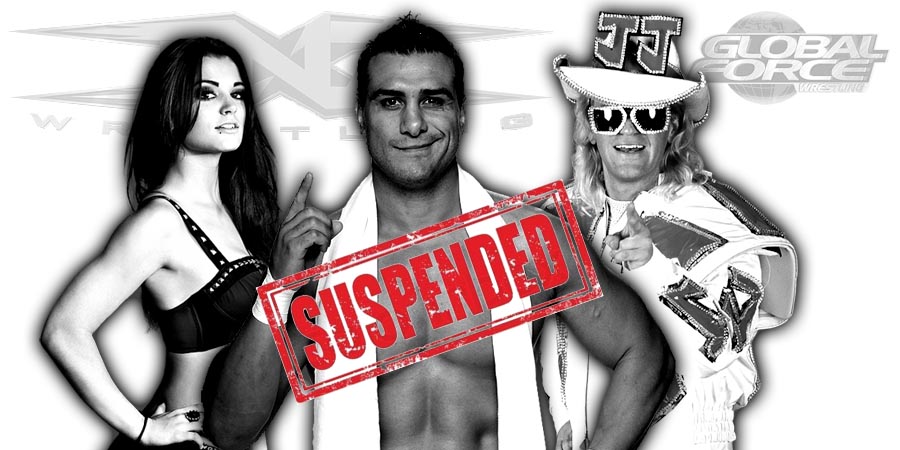 Below is the statement issued by GFW regarding this:

Paige’s brother, Zak, posted the following on Facebook regarding Alberto Del Rio assaulting his sister: “I’ve got too say I’m very worried about my sister. Please keep a eye on her, she had one Prick Known as brad Maddox who took advantage of an 18 year old girl. Physically and mentally abused her. And now she’s with a control freak who think he’s a tough guy cause he’s beats my sister and has money too cover his tracks.”

Paige’s half-brother, Roy, posted the following on his Facebook page: “We got pics from the last 6 months bro of her beating I’m glad she’s finally sticking up for yourself..the reason there fighting yesterday is cause my uncle on his last legs in hospital and he wished him dead. She needs to get away not that simple though. Well now its out there ,the answer to all your questions I keep getting asked is there ,my sis won’t be going WWE cause he won’t let her ,he trying get her the sack by keep running on about them,,so many people in the wrestling world hate him but are scared to say it…why ????”

TMZ Sports provided the audio recording of the alleged domestic dispute between Del Rio & Paige and you can listen to it below:

We’ll keep you updated regarding this situation here on WWFOldSchool.com.