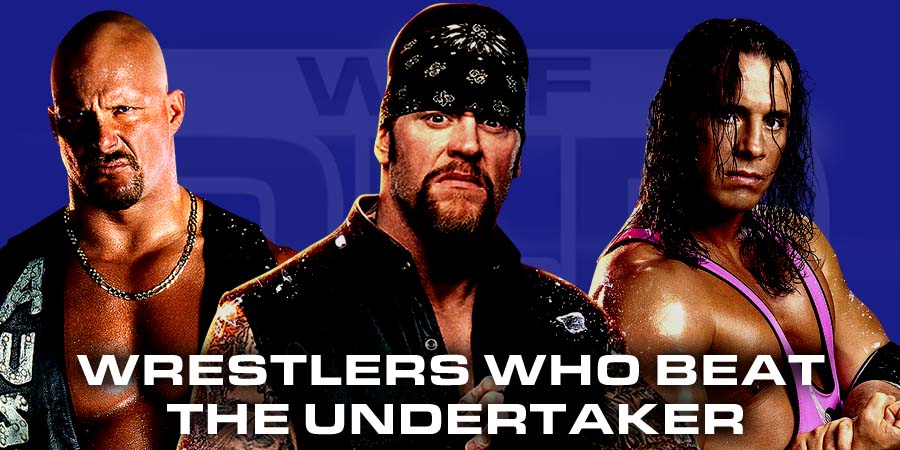 For the first time ever, here’s a list of Wrestlers, who defeated “The Phenom” The Undertaker during his 25 Year career.

We however decided only to list his single match losses, and therefore ignore his Battle Royal losses, 6 man Tag Team losses, Tag Team losses & 3 Way or 4 Way match losses, as he usually never took the pinfall during those matches. Had we listed this matches too, where his Team lost or he didn’t win a Rumble or a Battle Royal, well this list would be way too big to show it here.

The Ultimate Warrior was the very first Wrestler to beat The Undertaker clean in a one on one competition.

The Warrior won all of them, some via pinfall and a lot via DQ.