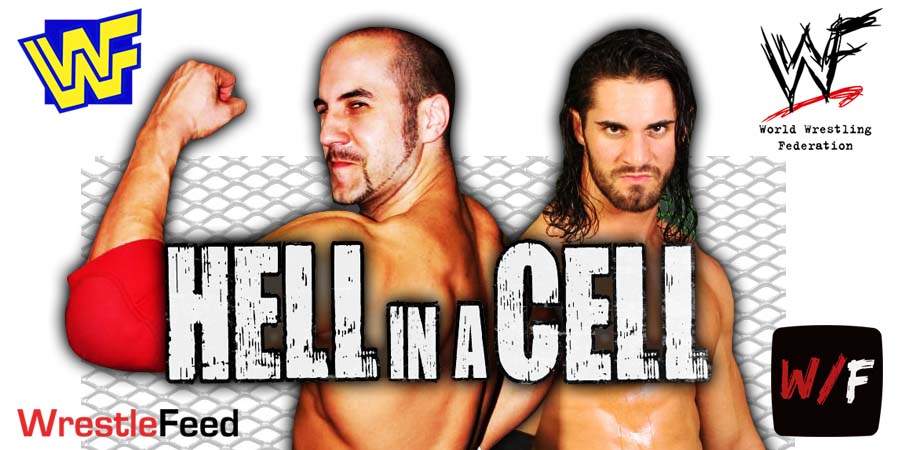 At tonight’s Hell In A Cell 2021 pay-per-view, Seth Rollins rolled up Cesaro and pinned him to win their WrestleMania 37 rematch.

The original plan for this match was for it to be a Hell in a Cell match, with Cesaro defeating Rollins to finish their rivalry.

However, WWE recently had a discussion with Edge on who he wants to face at SummerSlam 2021, and Edge chose Rollins (as we reported a couple of days ago).

With Edge vs. Seth Rollins now scheduled to take place at SummerSlam 2021, WWE decided to cancel the idea of a Hell in a Cell match and instead booked a normal singles rematch between Rollins and Cesaro, with Rollins winning the match to have some momentum heading into his match with Edge.

Cesaro was also protected in this finish, as Rollins rolled up Cesaro to pin him and the commentators sold it as Rollins getting lucky.

Tap here to read the complete results from Hell In A Cell 2021.