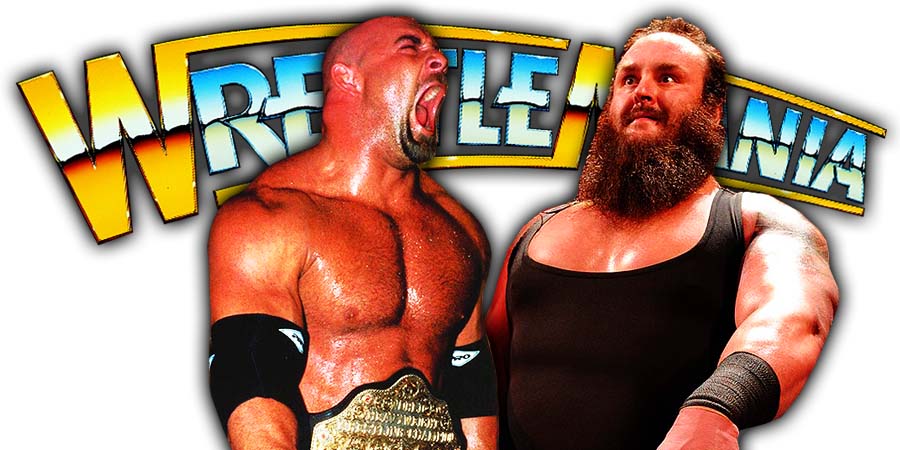 • Braun Strowman Comments On Winning The Universal Championship At WrestleMania 36

At Night 1 of WrestleMania 36, Braun Strowman took 3 Spears from Goldberg, but then countered Goldberg’s Jackhammer and went on to hit 4 devastating Powerslams to put away the WWE Hall of Famer and win the Universal Championship.

In a backstage interview with Sarah Schreiber, Strowman had the following to say about his first ever World Title win:

“Like… honestly, like… hearing that in my head right now, I don’t even believe it’s real,” Strowman said. “This is something that so many people have told me I would never achieve. So many people told me I didn’t deserve to because what I have been through in my life and things like that.

Strowman tweeted the following after the biggest win of his WWE career:

It’s real.
The #UniversalTitle is in these hands. Thank you @Goldberg and the @WWE Universe who’ve always supported. #MonsterMania #WrestleMania pic.twitter.com/OkLZxXLQD3