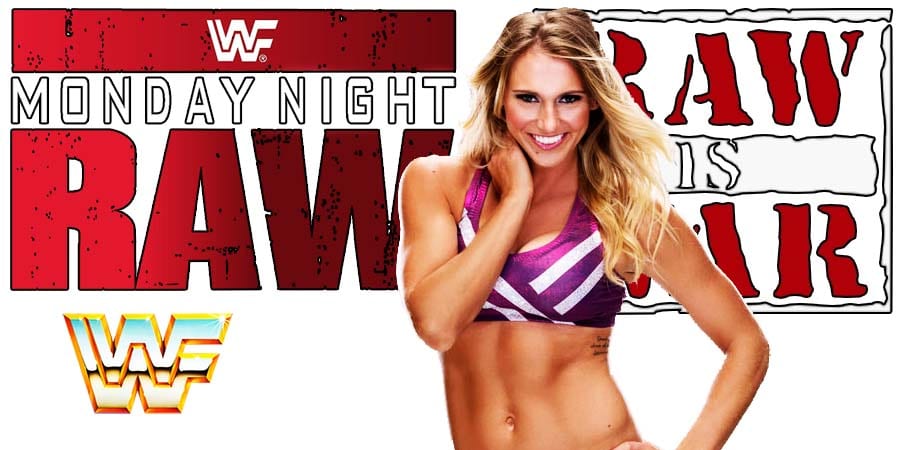 On last night’s episode of RAW, which was the final RAW of 2020, WWE Women’s Tag Team Champion Charlotte Flair faced Nia Jax in a singles match.

Charlotte had the Figure 4 Leg Lock on Nia and was about to turn it into the Figure 8, but Shayna Baszler interfered to cause the DQ.

During the match, Charlotte suffered a wardrobe malfunction, which resulted in a little n*p-slip. WWE blacked out the screen as soon as it happened.

This occurred when Charlotte kicked out of a pinfall attempt. The screen quickly went black, and when the broadcast returned, the areola was still somewhat visible.

You can check a shot of it below: