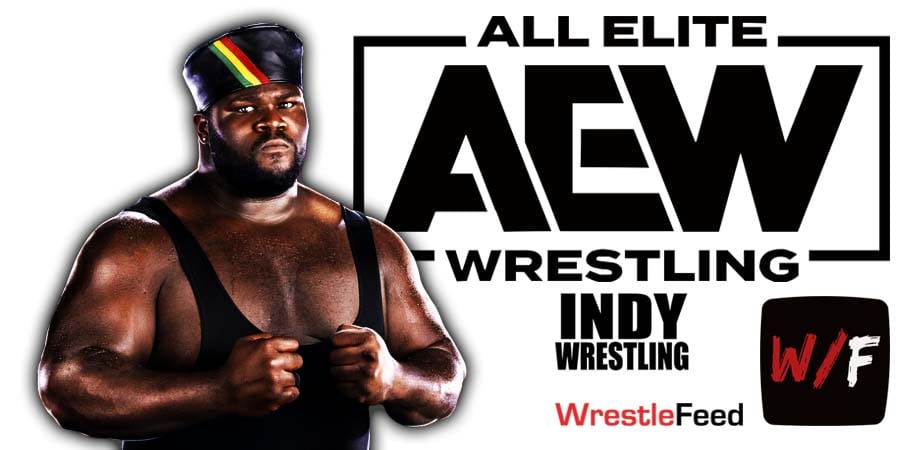 Henry is going to be a coach in AEW and will an Analyst on their new show, AEW Rampage.

"The World's Strongest Man" @TheMarkHenry has arrived in #AEW!#AEWDoN pic.twitter.com/pT2TEGqcgx

During the post PPV media scrum, Chris Jericho had the following to say about Henry’s signing:

“Super excited to have Mark in. Mark made a huge appearance and you’re going to hear everything that he has to say on Friday. He has a lot to say, I know because he never stops talking to me!

I think any time we can have a guy with the experience of Mark Henry, both in the ring and outside the ring, it just helps our company.

That’s one of the things we need, we needed very much when we first started. It was basically me and Dustin Rhodes and Dean Malenko as the guys who had some actual decades of experience on live TV.

Maybe one day he’ll put on the kneepads and the boots and come out and wrestle again, I don’t know.

Any time we can have some one like Mark, quality person and quality performer, it makes us a better company.”

It was broadcasted from the Mark of the Quad in Moline, Illinois and featured matches, interviews & storyline segments on the road to the ‘WWF King of the Ring 1999’ PPV.

1. The Big Show vs. Billy Gunn

4. Vince McMahon vs. The Undertaker