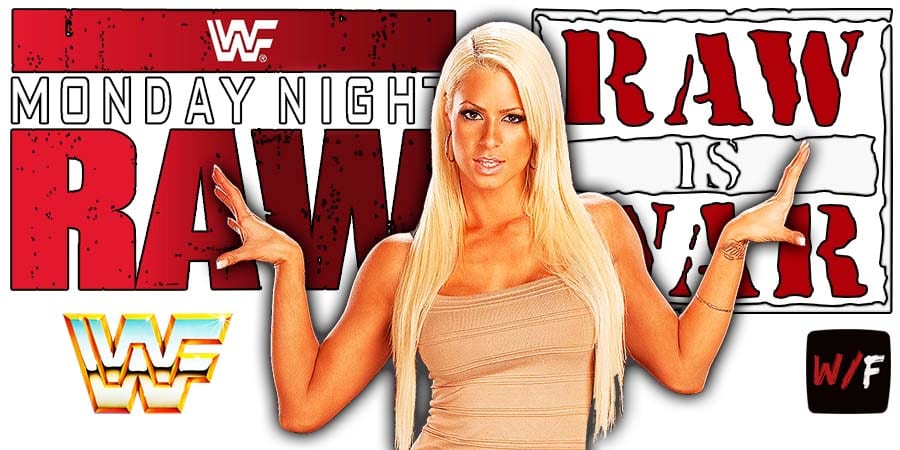 – Bobby Lashley arrived backstage and people were giving him an applause for his WrestleMania 37 performance. Riddle then came on his scooter and challenged him to a match tonight. Lashley grabbed Riddle’s head and smashed it on the scooter’s handle and accepted the challenge.

– Charlotte Flair said she missed WrestleMania 37 because of things she couldn’t control. She noted that all the girls in the back were happy that she couldn’t be at WrestleMania, as they had an opportunity to get on the show. She said she doesn’t steal opportunities, she is “The Opportunity” and she’s not going to apologize for being so damn good.

– Rhea Ripley (c) vs. Asuka for the RAW Women’s Championship ended in a DQ after Charlotte Flair attacked both of them.

– Alexa Bliss explained why she cost The Fiend his match last night at WrestleMania 37. Alexa said she used to be lost until she was rescued by the darkness. She said The Fiend taught her new tricks, but then the darkness went away, and that’s when she realized she never needed the darkness after all.

She realized she could do everything on her own and that the darkness was just standing in her way.

Alexa then revealed that she has unlocked something truly evil, and it’s a new friend named Lily.

– Damian Priest interrupted The Miz, Maryse and John Morrison on Miz TV and reminded Miz that he got beaten by Bad Bunny.

– The Miz & John Morrison def. Damian Priest in a 2-On-1 Handicap Match