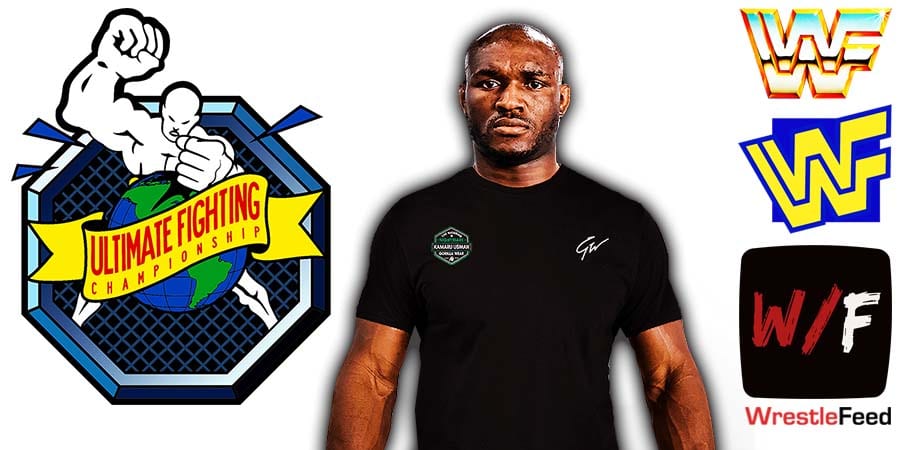 In the main event of last night’s UFC 261 pay-per-view, Kamaru Usman knocked out Jorge Masvidal in the second round of their Welterweight (170 lbs) bout to retain the UFC Welterweight Championship.

This was Jorge’s 50th MMA fight. After this win, Usman has the second-longest winning streak in UFC history (14), only behind UFC Legend Anderson Silva (16).

You can watch the brutal KO below:

Former UFC Champion Conor McGregor had the following to say about this on Twitter:

“Usman even copying my shots now. Am I to fight this guy at some stage? I think so. Can’t be copying my words and my shots and not get a smack for it. I like 170. It’s mine soon.

I’m a block at 170 guys. Give me till end of year at this 155 weight. I’ll get the strap and then I’ll go up again. After green fungus panties hahaha “cos any one of these fools can get it” – usman 😂 “

Dustin Poirier then said that they should fight at 170 lbs on July 10th at UFC 264, but McGregor turned that offer down and their trilogy fight will happen at Lightweight (155 lbs).