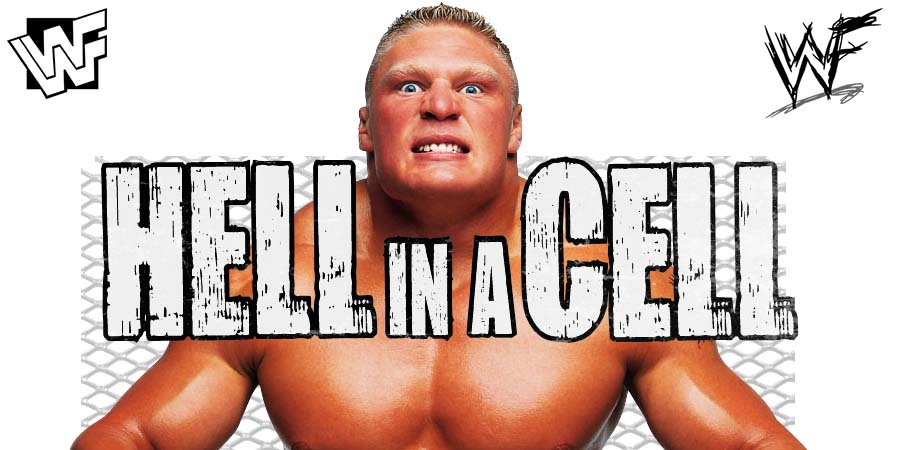 In the main event of tonight’s Hell In A Cell 2018 PPV, “The Beast Incarnate” Brock Lesnar returned to WWE programming, broke the Hell in a Cell door and destroyed both Roman Reigns & Braun Strowman. This resulted in the Universal Title match ending in a no contest.

We noted earlier in the night that Brock Lesnar was backstage for tonight’s show.

These four men then brawled on top of the Hell in a Cell structure, with Rollins & Ziggler crashing down through announce tables from halfway down the Cell (similar to what Rollins & Ambrose did back in 2014).

Jeff Hardy & Randy Orton opened the main show and Hardy took a crazy bump through a table and this resulted in him losing the match as well.

Below are the results from Hell In A Cell 2018:

– Hell In A Cell Match For The Universal Championship: Roman Reigns (c) vs. Braun Strowman ended in a No Contest [Special Guest Referee: Mick Foley]