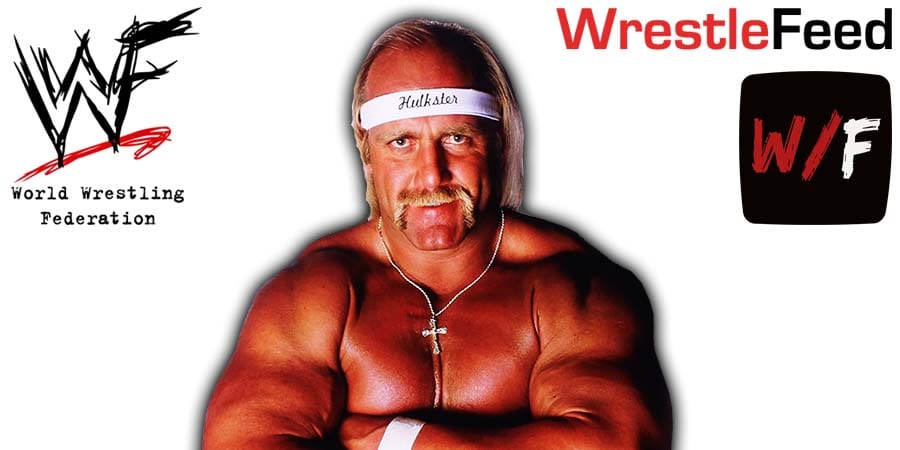 • Hulk Hogan Is Down To His 9th Grade Weight (Photo)

2-Time WWE Hall Of Famer ‘The Immortal’ Hulk Hogan uploaded a new photo to his Instagram page, that shows him being lighter than he ever was during his professional wrestling career.

Here’s what The Hulkster posted:

“Back to my 9th grade weight 275lbs brother HH”

‘The Nature Boy’ Ric Flair recently revealed that Hogan is dealing with some health issues at the moment:

“He’s having some really bad health issues but he keeps up with me. We support each other, good and bad. When I was in the hospital he flew up that day like everybody else that came up to see me.

Hulk was gracious, Jimmy Hart was great. I don’t remember seeing them because I was in a coma but they made the effort to go. Those are the kind of things that mean a lot.”

We will keep you updated as soon as more details about Hulk’s condition get out.

– Jim Neidhart vs. Undertaker (From Superstars)