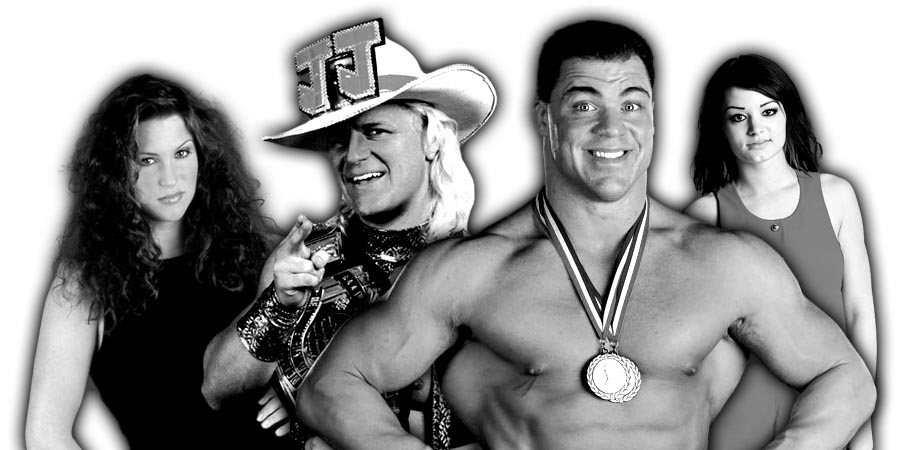 Let’s take a look at the top 20 news stories of the day from the world of WWE (Raw, Roman Reigns, The Undertaker, Kurt Angle) & Professional Wrestling:

As we noted yesterday, current GFW Unified World Champion (Impact Wrestling World Heavyweight Champion & GFW Global Champion) Alberto El Patron (f.k.a Alberto Del Rio in WWE) has been suspended from GFW after domestic violence allegations by his fiancee, Paige. Here’s the statement issued by GFW regarding this: “Global Force Wrestling has indefinitely suspended Alberto El Patron, effective immediately, until the investigation is resolved following a recent incident in Orlando, Florida”. During a recent edition of Bischoff on Wrestling podcast, Eric Bischoff discussed this situation and had the following to say:

“That would have been the first question I would have asked earlier today (if Alberto was suspended with or without pay) if I had been on that conference call. Secondly, I applaud TNA-Anthem-Impact-Global Force if they indeed suspended him without pay because I didn’t expect that quite honestly. I would have expected them to punt and wait for the investigation to conclude or some other event before they made a decision. If they suspended him without pay I applaud them. If they suspended him without pay, let’s just agree that that’s what they did for the sake of conversation, then there is no reason that they couldn’t strip him of the belt. Then it doesn’t matter what happens on TV because no one thinks that show is live anyway. It is what it is. It’s no different than someone having an unfortunate accident. Everybody knows, it’s no secret, you’ve acknowledged it on a conference call. They should have stripped the title from him and then built that into a storyline.

Then the 28 weeks or whatever of TV they’ve shot are over with, you have vacant title and he can come back and fight for it if they decide to bring him back. Or not, if they don’t. Half measures and using half measures and creative and all these weird reasons why you can’t do something I think is bullshit. If their balls were big enough to suspend him without pay then they should have gone all the way with it and made a statement.”