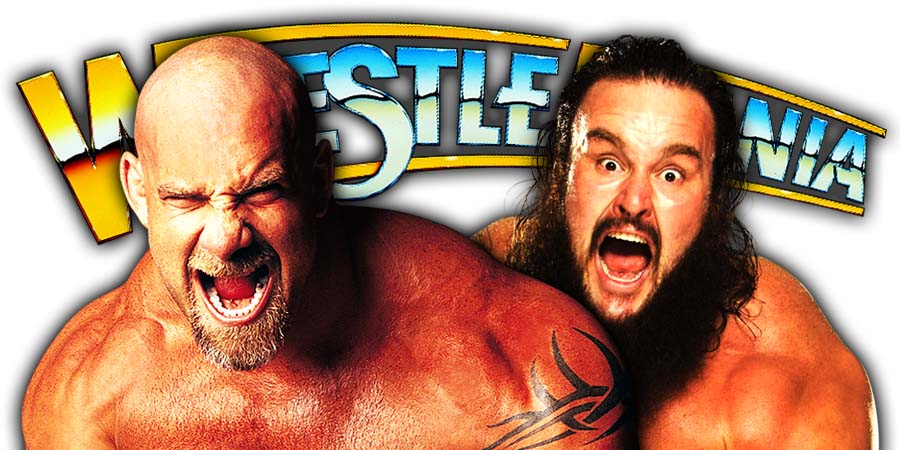 Roman Reigns is out of the Universal Championship match at WrestleMania 36 and Braun Strowman is scheduled to be his replacement.

According to the Wrestling Observer, WWE has already taped Goldberg vs. Braun Strowman for the Universal Championship at this week’s WrestleMania 36 tapings and the explanation for this new match will be made on tonight’s SmackDown:

“Braun Strowman replaced him. I don’t have the answer as to what happened. I’m under the impression that on tonight’s SmackDown show that they’ll acknowledge it and shoot an angle to get the Braun Strowman / Bill Goldberg match in.

Even though SmackDown has already been taped that’s the impression I got is that they taped an angle maybe on Thursday to insert into the show. I think it’ll all be explained on the Friday Night SmackDown show.”