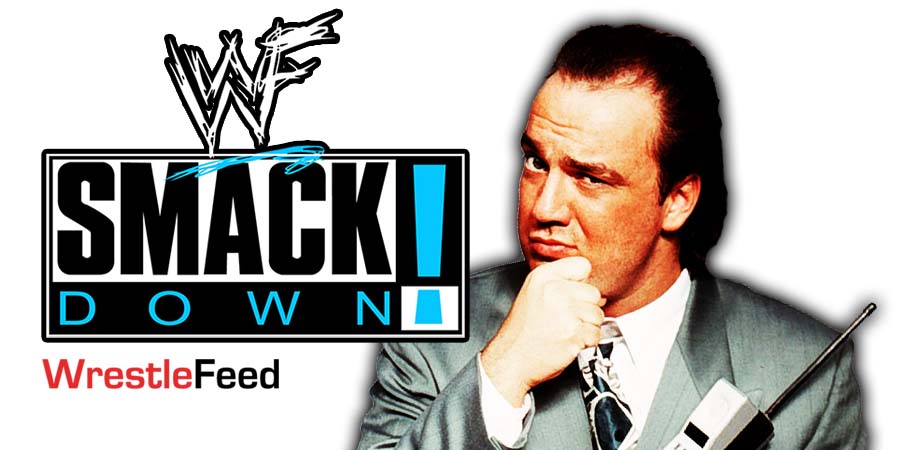 Universal Champion Roman Reigns didn’t appear during last night’s SmackDown on FS1, but he had a match after the show went off the air.

In the dark main event, the team of Drew McIntyre & The Street Profits defeated The Bloodline (Roman Reigns and SmackDown Tag Team Champions The Usos).

During this match, Paul Heyman tagged in, but fell down and got beaten up by Montez Ford.

He joined the World Wrestling Federation in 1998 at the peak of the famous Attitude Era and soon ended up in a Tag Team with his childhood friend Christian.

Together they defined the Tag Team Division of that era with their rivalries against The Dudley Boyz and The Hardy Boyz standing out.

During the Ruthless Aggression Era, Edge became known as “The Rated-R Superstar”, one of the most memorable and most evil heels of the 2000s.

Edge shocked the fans by coming out of retirement in 2020 during the Men’s Royal Rumble match, and became a part-time WWE Superstar as his neck got healed.