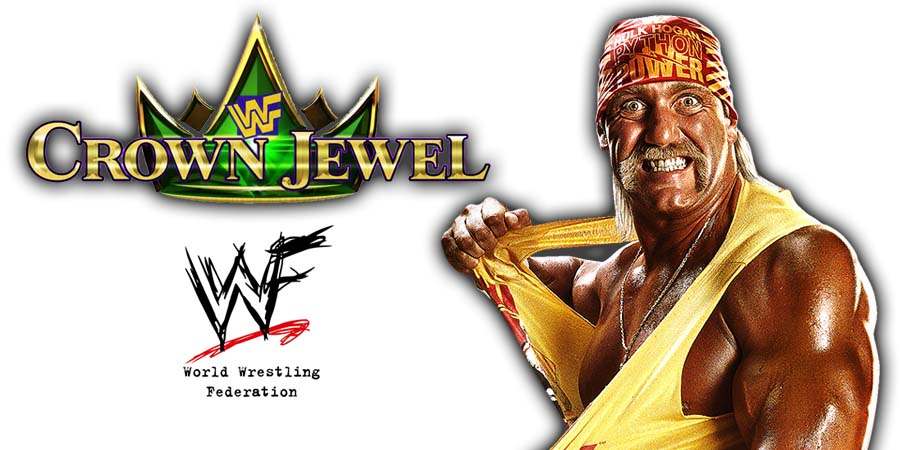 This episode was pre-taped at the Civic Center in Providence, Rhode Island and featured matches, promos & storyline segments on the road to the ‘WWF Survivor Series 1988’ PPV.

It looks like the in-ring return of WWE Hall of Famer Shawn Michaels might not be the only return we see at the WWE Crown Jewel PPV on November 2 in Saudi Arabia.

As we noted before, PWInsider reported that WWE officials are discussing bringing “The Immortal” Hulk Hogan back to WWE programming at the WWE Crown Jewel PPV. Hogan’s last live appearance on a WWE show was back in 2015.

In an update to this, Turki Al-Sheikh (Chairman of the General Sports Authority in Saudi Arabia) posted the following Tweet with a photo of the Hulkster:

The translation of this tweet reads: “What is the World Cup that nobody is talking about”.

For those who don’t know, a WWE World Cup to crown the ‘Best In The World’ will take place at the WWE Crown Jewel PPV.

This tweet could be a possible sign that Hogan would be working the WWE Crown Jewel PPV and might have something to do with the WWE World Cup. We’ll keep you updated regarding this situation.

One of the main reasons behind WWE wanting to use Hogan at WWE Crown Jewel PPV is that they want to please the Saudi Arabia officials. The Saudi Arabia officials are a big fan of Old School Wrestlers and they requested WWE to bring in multiple Old School wrestlers for the Greatest Royal Rumble event earlier this year and Hulk Hogan was one of them.

Also, WWE is making more money from these major shows in Saudi Arabia than what they make from WrestleMania. WWE reportedly made somewhere between $40-50 million from the Greatest Royal Rumble.

WWE couldn’t bring Hogan in for the Greatest Royal Rumble, but with WWE reinstating Hogan into the WWE Hall of Fame, Hogan’s WWE return is only a matter of WHEN and not IF.

While WWE officials are interested in bringing back Hogan, some WWE wrestlers aren’t happy with Hogan being back.

Hogan appeared on Apter Chat last month and talked about being reinstated into the WWE Hall of Fame, apologizing to the WWE roster backstage at Extreme Rules 2018 & how the WWE roster reacted to his apology.