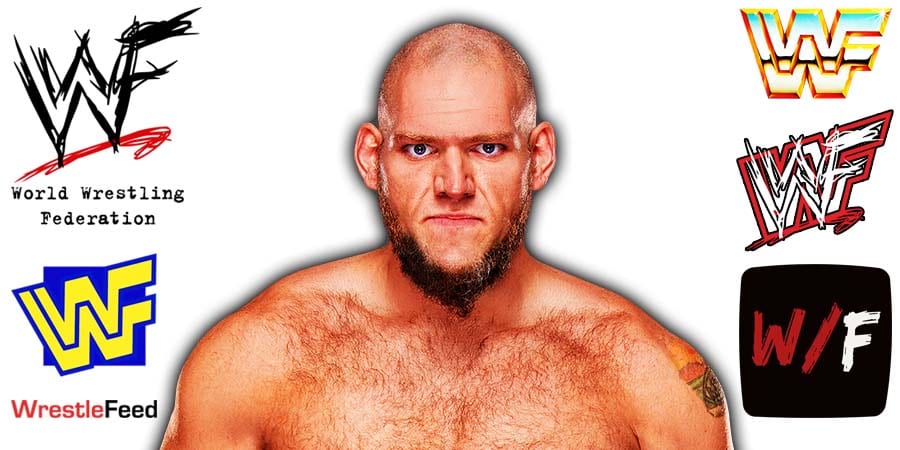 • Reason Behind Lars Sullivan Being Released From WWE

Lars Sullivan returned to WWE programming from a knee injury on the Draft edition of SmackDown in October 2020, after being out of action for a year.

The Freak is no longer with WWE, according to a report from PWInsider.

PWInsider reports that Sullivan was quietly released from the company last month, and WWE officials confirmed the news to them.

Sullivan changed his Instagram name and removed details of his affiliation with WWE in his bio a couple of hours prior to when this news broke out.

WWE reportedly had big plans for Sullivan after his last return, but he was taken off TV just a few weeks after returning, and was never seen again.

According to the Wrestling Observer, Sullivan no-showed a TV taping and his name was never brought up during backstage meetings after that, and was eventually released.

There were plans for Lars Sullivan to defeat John Cena at WrestleMania at one point as well, but they never materialized.

Lars was involved in a lot of controversies during his time in WWE. You can check out some stories below:

Lars was also fined $100,000 by WWE once for making offensive comments online. Lars issued the following statement after that incident:

“There is no excuse for the inappropriate remarks that I made years ago. They do not reflect my personal beliefs nor who I am today, and I apologize to anyone I offended.”

On this day in Pro Wrestling history on February 3, 1989, the World Wrestling Federation aired ‘WWF The Main Event II’ LIVE on NBC.

The entire TV show only included 2 matches, but still made history as it included “The Macho Man” Randy Savage’s heel turn on Hogan, thus breaking up The Mega Powers, which led to their epic WrestleMania V main event.