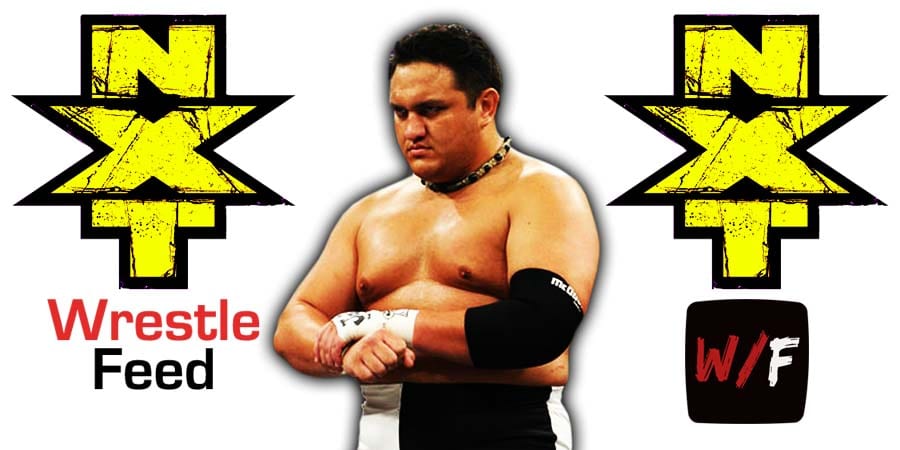 Former WWE United States Champion Samoa Joe will be returning to in-ring action one night after SummerSlam 2021, at NXT TakeOver 36, where he will challenge Karrion Kross for the NXT Championship in the main event.

During a recent appearance on WWE’s After The Bell podcast, Joe explained how he got cleared by WWE to wrestle again, after he suffered a couple of concussions in 2020.

“I kept it simple. It was just getting healthy. A lot of times, people have a tendency to overcomplicate their problems and make them worse and adding to them by adding extra pressure.

I told people around me that was my approach. See how my body came along, see how I felt, be careful with it, take extra time, and really concentrate on getting better. That was my main focus and what helped me. (I wasn’t) thinking about ‘man, will I ever be back in the ring?’

A lot of it was having the hindsight and seeing others I knew going through similar struggles and gathering the wealth of knowledge and taking the doctor’s advice and asking a lot of questions from others who have dealt with it throughout their career and making the best health decision for me.

Once we got through that process and got comfortable with that, we started concentrating on getting back in the ring and finding the best ways and opportunity. During that entire time, I like to keep busy and I’m never one to shirk away from work. When the opportunity came to do commentary and to do a panel or other things, I jumped at the chance.

It was a much worse type of injury than I had dealt with before. It scared me, it scared a lot of people I cared about. It became very easy to make that the focus as far as what I wanted to do when I came back.

Inevitably, it all hinged on making sure I was alright and feeling good and when I came back to the ring, I didn’t want to come back in a 70% or 60% capacity. I wanted to make sure I could come back and give the best I could to the fans. I do play my cards close to my chest, but that’s just the belief I have.”

Also Read: “He probably won’t respect anything less than that” – Samoa Joe On How To Work With Brock Lesnar