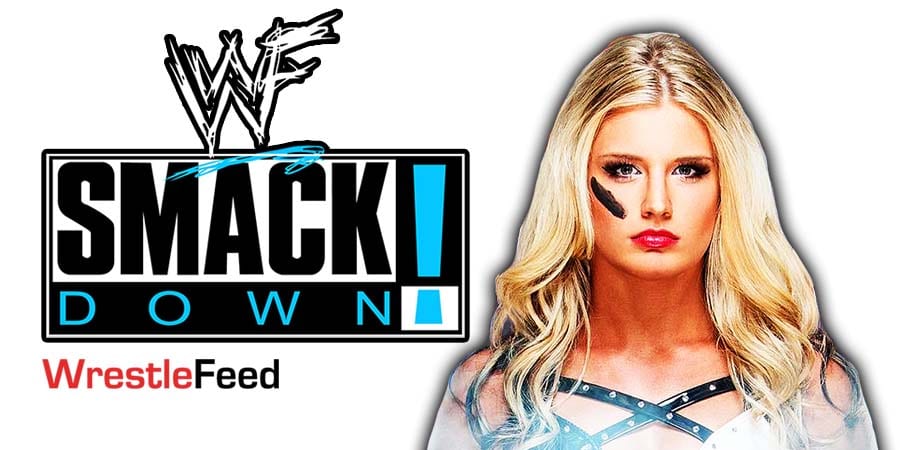 According to PWInsider, SmackDown Superstar Toni Storm asked for her release from WWE and they granted it to her.

According to Fightful Select, WWE Officials were “blindsided” by Toni asking for her release.

AEW Women’s World Champion Dr. Britt Baker, D.M.D. then posted a photo of Toni on Twitter, indicating that she wants Toni in All Elite Wrestling.

Below are Toni Storm’s accomplishments in WWE:

9. Piper’s Pit: Piper is about to interview Gamma Singh