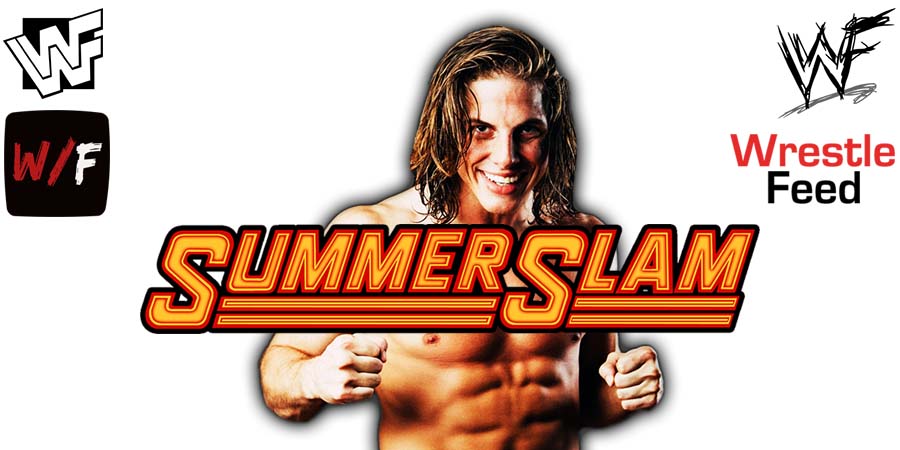 As seen on last night’s RAW, Seth Rollins vs. Riddle was officially announced for WWE SummerSlam 2022 on July 30th.

Rollins laid out Riddle with 2 Curb Stomps on RAW.

After the show went off the air, this upcoming SummerSlam match took place as the dark main event of the night.

During the ending moments of the match, Riddle countered a German Suplex from Rollins and hit the RKO for the win.

Riddle & Rollins have also faced each other at a lot of the recent Live Events, with Riddle beating Rollins in those matches as well.

It was broadcasted from the Rupp Arena in Lexington, Kentucky and featured matches, interviews & storyline segments on the road to the ‘WWF Fully Loaded 1999’ PPV.

9. No.1 Contenders Match: The Undertaker vs. Triple H