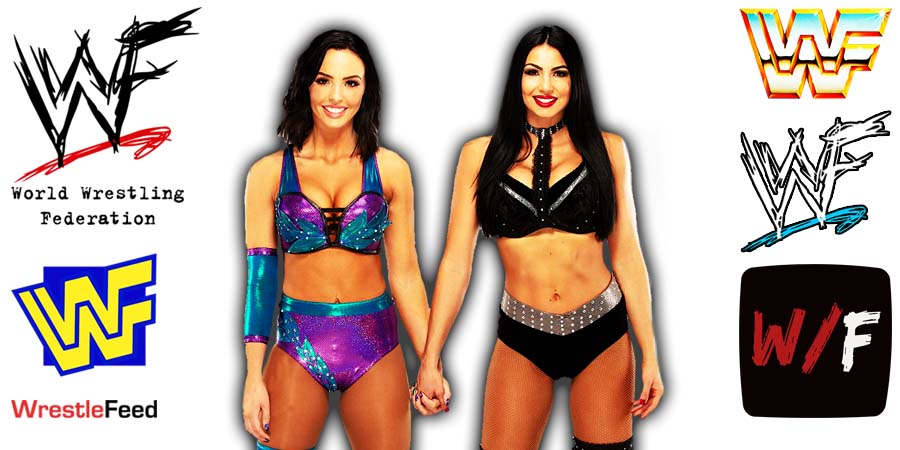 • The IIconics Reveal Their “Huge Announcement”

The song is available for Pre-Save now.

Cassie & Jessica were released from WWE earlier this year due to budget cuts.

They recently announced their return to pro-wrestling with their “The IInspiration Tour”.

It was broadcasted from the Thomas & Mack Center in Las Vegas, Nevada and featured pre-taped matches & storyline segments on the road to the ‘WWF Unforgiven 1999’ PPV.

6. Pepper On A Pole Match: Al Snow vs. Big Bossman