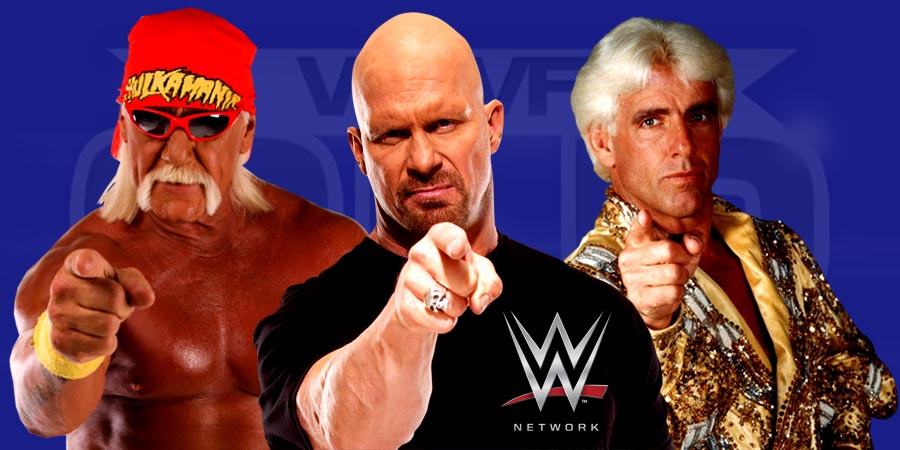 The launch of WWE Network in February of 2014 brought with it the opportunity for old school wrestling fans to relive of the most spectacular pay-per-views in the company’s long and illustrious history. From SummerSlam to Survivor Series, WrestleMania to Rebellion, all of the company’s speculator events were suddenly at the disposal of the fans.
So sit back, relax and relive these 10 gems that deserve you undivided attention:

With the match well under way, Nash held Luger onto the top turnbuckle, Sting connected with a Stinger Splash on Nash, Luger however was unable to get out of the way and was knocked out cold. With the match stopped, Luger was unable to continue and taken to the back. After the match resumed, The Outsiders continued to beat down Sting, however Sting began to rally with punches and finally tagged in Savage. Off the tag Savage hit Hall with several axe handles until Nash hit Sting with a low blow.

As all four men lay lying in the ring, Hulk Hogan made his way to the ring seemingly to the aid of Savage and Sting as Hall and Nash fled the ring, however what was to happen next simply changed the future of professional wrestling. Hogan revealed himself to be the mystery partner and thus the most iconic heel turn in the history of the business, the unthinkable had taken place.

This PPV will forever be etched into my brain due to Tony Schiavone’s final words to the viewer as Hulk Hogan stands in the ring taunting the crowd having just turned his back on WCW “Hulk Hogan,” says Schiavone, “you can go to hell.”