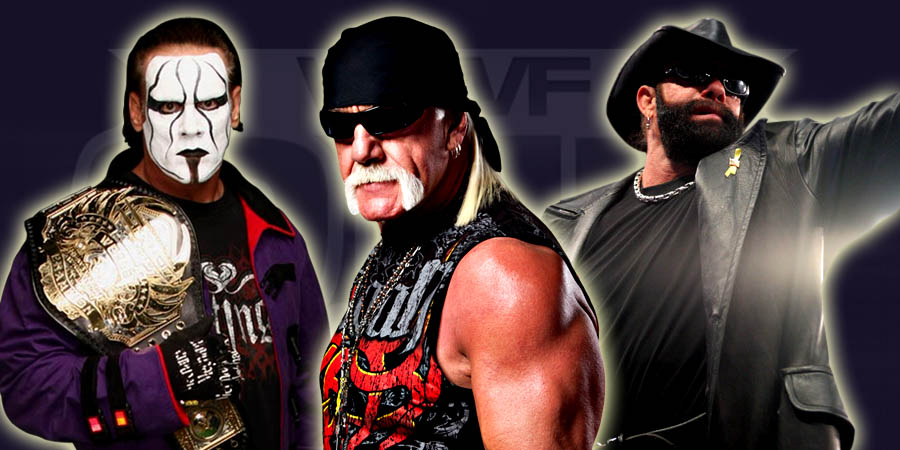 10. “The Macho Man” Randy Savage
“Ooooooh Yeeeaah” What a better way to move from cheap weekly 2 Hour PPVs to 3 Hour monthly PPVs (similar to what WWF/E was doing since the Attitude Era days), than to have the Macho Man Randy Savage himself debuting during the finish of the 1st 3Hour TNA PPV, Victory Road 2004.

After not being able to sign Hulk Hogan a year earlier in 2003, Savage was the Big Name they needed, in order to legitimize the (at that point still young) promotion. On the second ever 3 hour TNA PPV, Turning Point 2004, the Macho Man competed in the 6 Man-Tag Main Event, among AJ Styles & Jeff Hardy vs. fellow Old School WWF & WCW Wrestlers Jeff Jarrett, Scott Hall & Kevin Nash (aka nWo 2000 in WCW) who at that point dubbed themselves “The Kings of Wrestling”.

Little did anyone know at that point, that this would end up being Randy Savage’s Last Ever Professional Wrestling Match for the rest of his Life. Originally the booking for the next TNA PPV, Final Resolution 2005, saw him defeating Jeff Jarrett to become the NWA World Heavyweight Champion for the first time in his illustrious career, only to drop the belt back to Jarrett a month later at the TNA Against All Odds 2005 PPV.

Unfortunately Randy never made it to Final Resolution and had to quit TNA & retire from Professional Wrestling due to health concerns, before the PPV happened.

Signing with TNA in the fall of 2008, the former Makind / Cactus Jack / Dude Love claimed that he was “very excited about the specifics of this agreement and the potential it holds”.

He debuted on an episode of iMPACT in October of 2008 and for almost 3 years he would end up proving to the Wrestling Community, that he was anything but retired.

Mick Foley is a former 1 time TNA World Heavyweight Champion, which he won at the TNA Lockdown 2009 PPV by beating “The Icon” Sting in the Main Event.