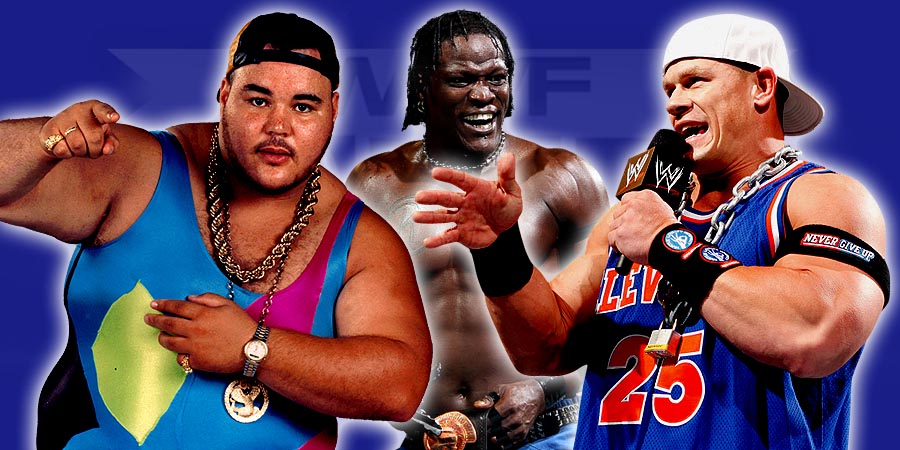 Over the years there have been a few Professional Wrestlers with a Rapper Gimmick in the Business.

We Have now listed the 5 best ones in History:

“We are the nation a live and in color
Don’t dis the man ’cause we’ll bum rush your mother
Listen what I’m sayin’
It’s for real not playin’
Faarooq is the man hit your knees and start prayin’
Power like the bear, but quick like the cat
Put 2 and 2 together
Put your face on the mat
You count the stars while the ref counts three