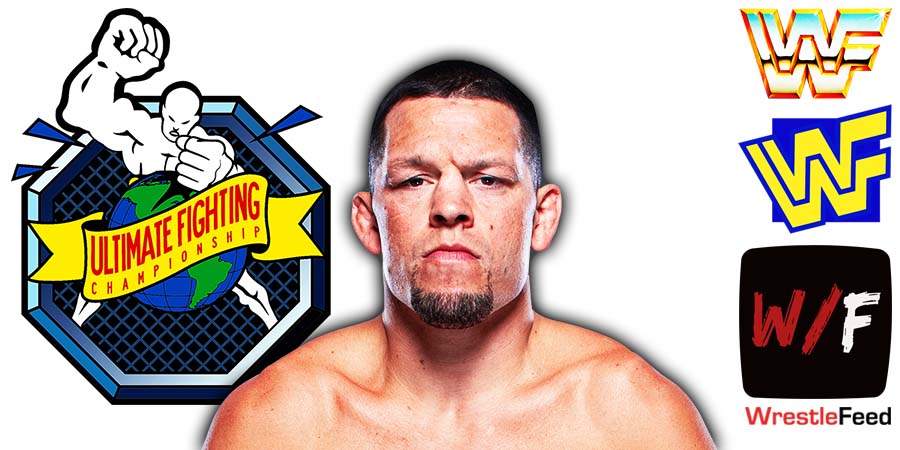 Last Saturday during a big Boxing event in Las Vegas, UFC Veteran Nate Diaz was interviewed by iD Boxing and revealed that he would be willing to fight Jake Paul in a Boxing match, who is the brother of current WWE Main Event Superstar Logan Paul.

“Jake Paul is for sure one of the options. He’s doing big stuff. He’s doing big things. He’s got a big fight ahead of him. If he wins that, I’m sure people will be really impressed by it. And if Anderson [Silva] does his thing on him, that’s impressive also. Now we’ve got a fight on his hands. I’m looking forward to it.

From 17 or 18 years old, I was starting to fight, I was boxing with my boxing coach. There were boxers all over my gym, and I was going to box initially, but MMA shows were more around my area, and they were happening, so I got stuck in MMA. I got stuck in a cage this whole time with contracts and stuff.

Now everything is open for the taking. I never stopped training for a boxing fight since I started fighting. When the right opponent or right thing comes, we’re going to take it.”

He recently ended his UFC run with a submission victory over Tony Ferguson.

This episode was broadcasted from the Kay Yeager Coliseum in Wichita Falls, Texas and featured matches, interviews & storyline segments on the road to the ‘Unforgiven 2005’ PPV.